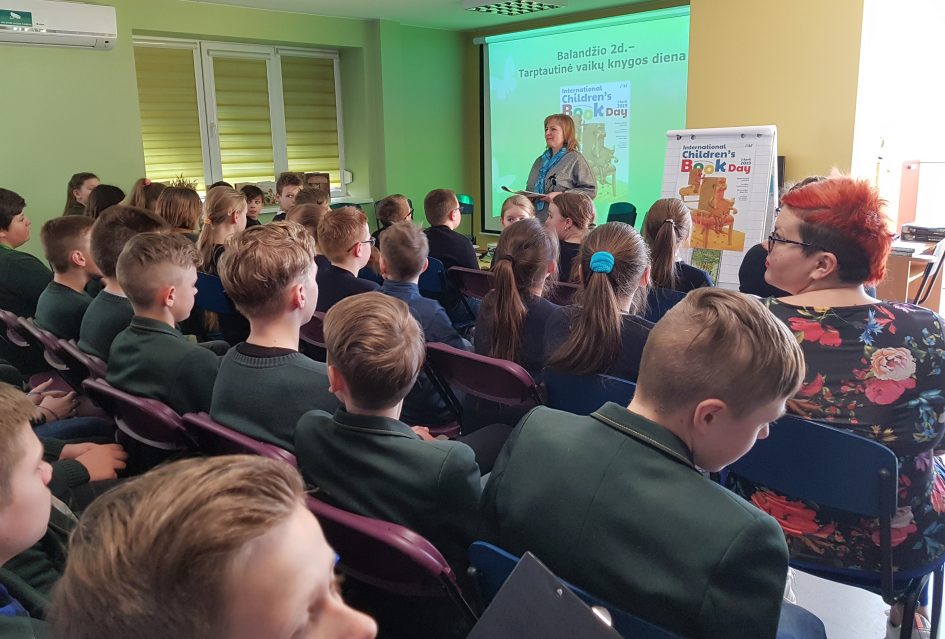 We had the presentation of the book «Klampyniu kronikos“ (The Chronicles of Swamps) by
Pranas Mašiotas Prize Winner Neringa Vaitkutė was celebrated in the Children‘s
literature department (ChLD) of Panevėžys City Public Library. 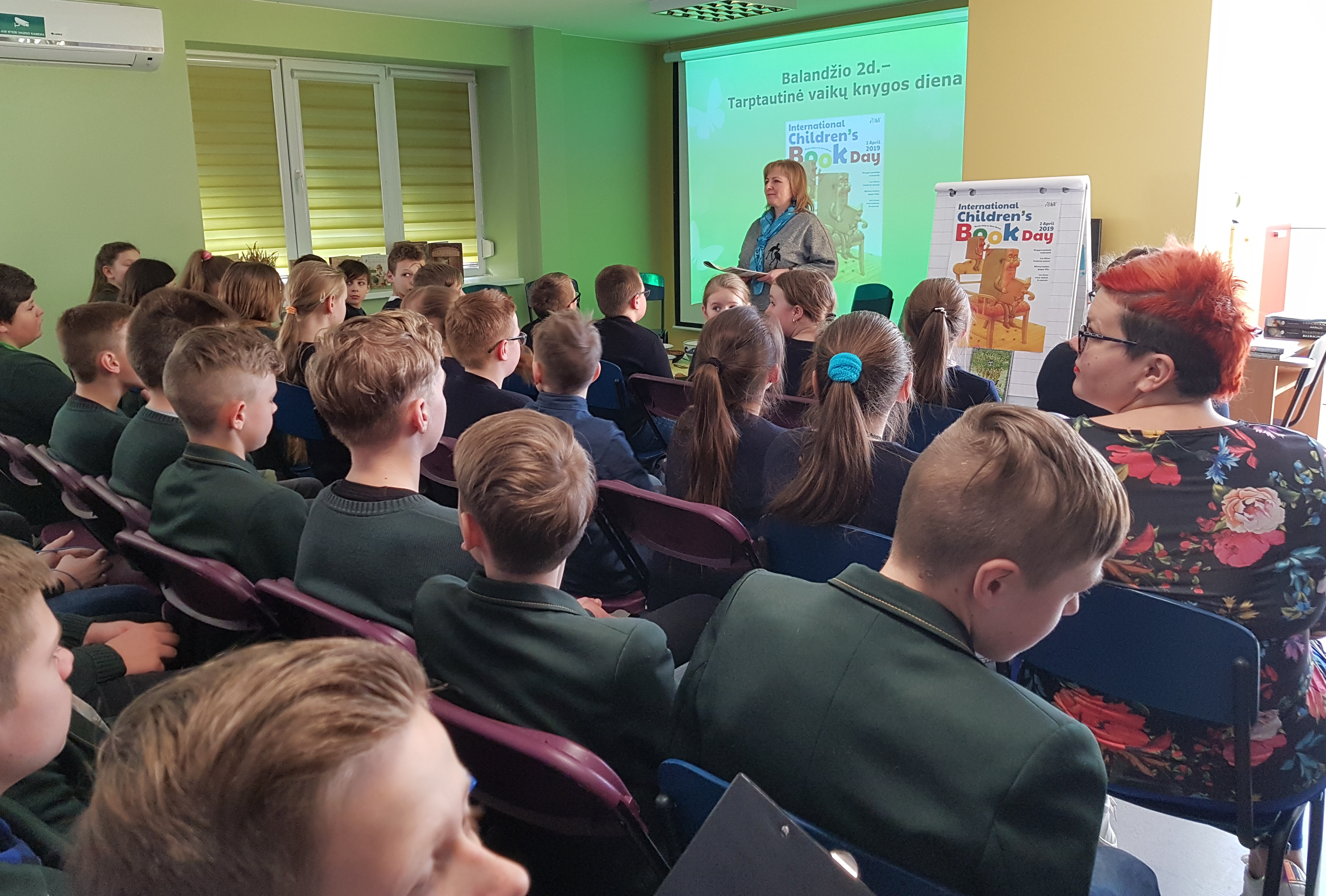 In February librarians went to the Panevėžys District Smilgiai Gymnasium to present
the Five Books of Children’s Books Participating in the Year Book Selection 2018,
one of which was presented by pupils of the gymnasium. They read their own created
essays and presented an exhibition of illustrations, which is now exposed in the
ChLD «Žalioji pelėda“. 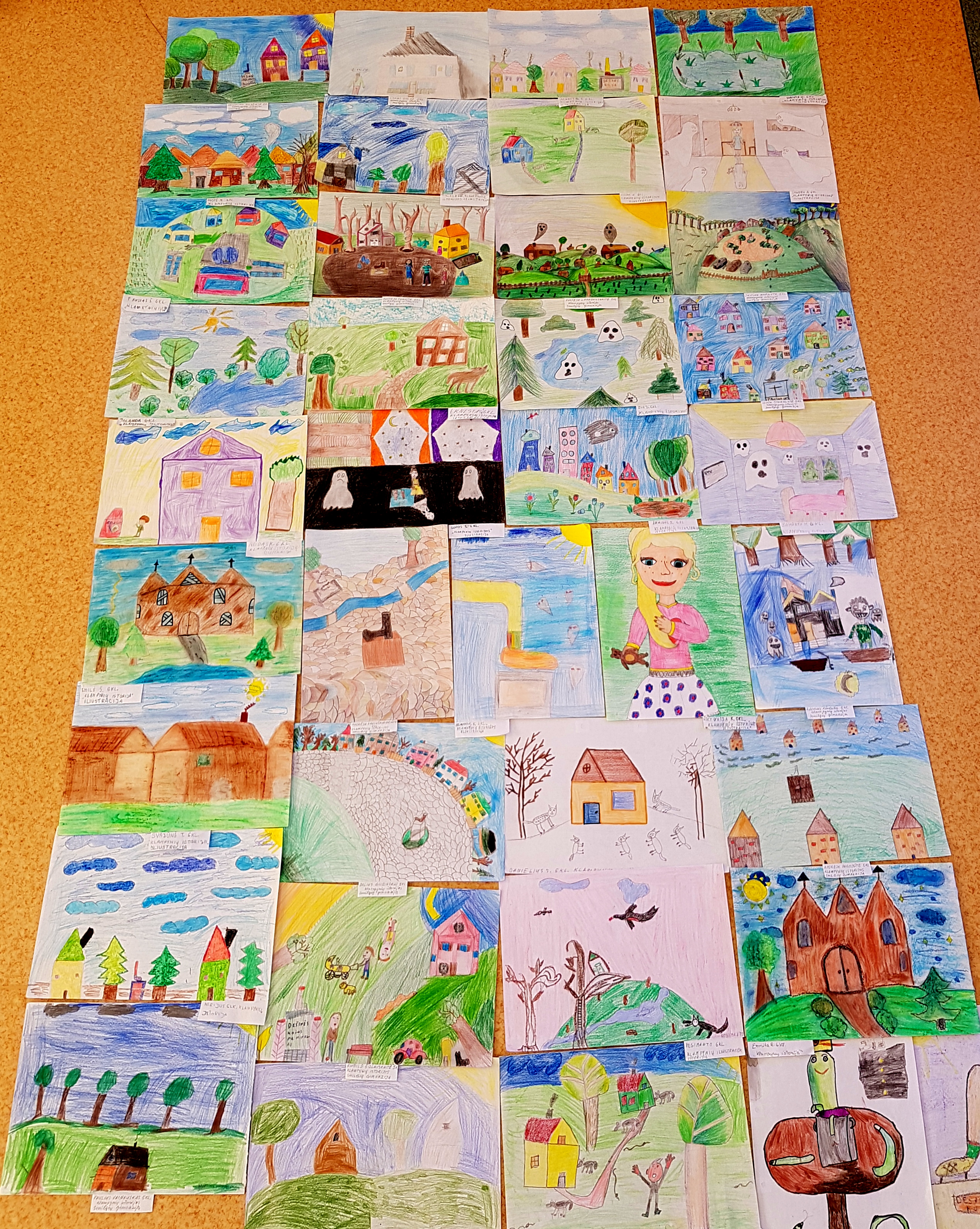 The pupils of Panevėžys «Ąžuolas» progymnasium with teacher of Lithuanian
language and literature Danute Dumbriene were also preparing for the presentation of
the book. Prepared for a long time and responsibly: they all read a book in the
classroom, analyzed the sagas that the writer used to build the fictional (or perhaps
not) stories of the town of Klampynes ( Swamps), prepared a play based on one story
about a fairy’s child. 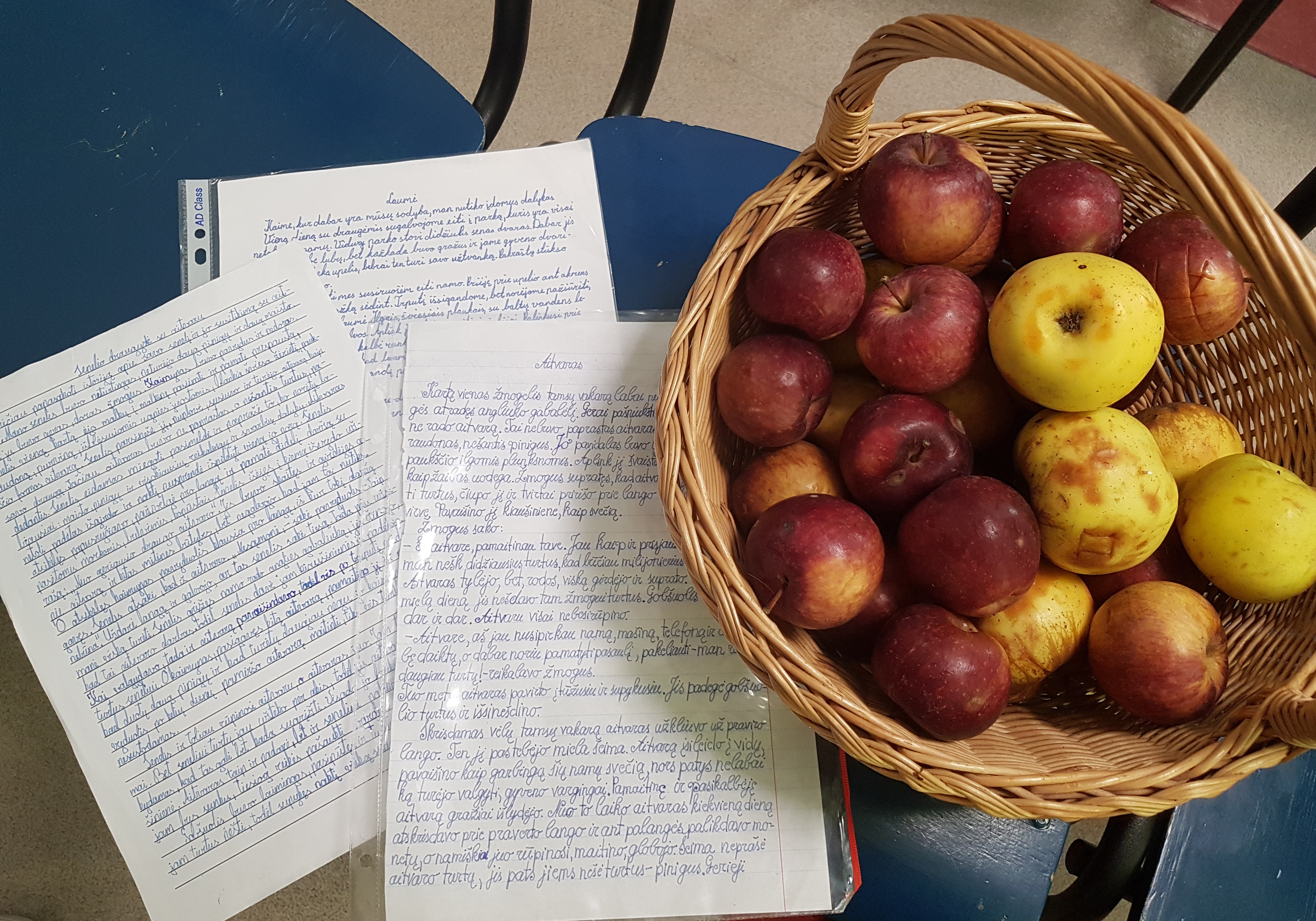 The guests of the event– pupils of Panevėžys Šaltinis progymnasium– were
interested in the stories, enjoyed the play and admired the exposition of illustrations.