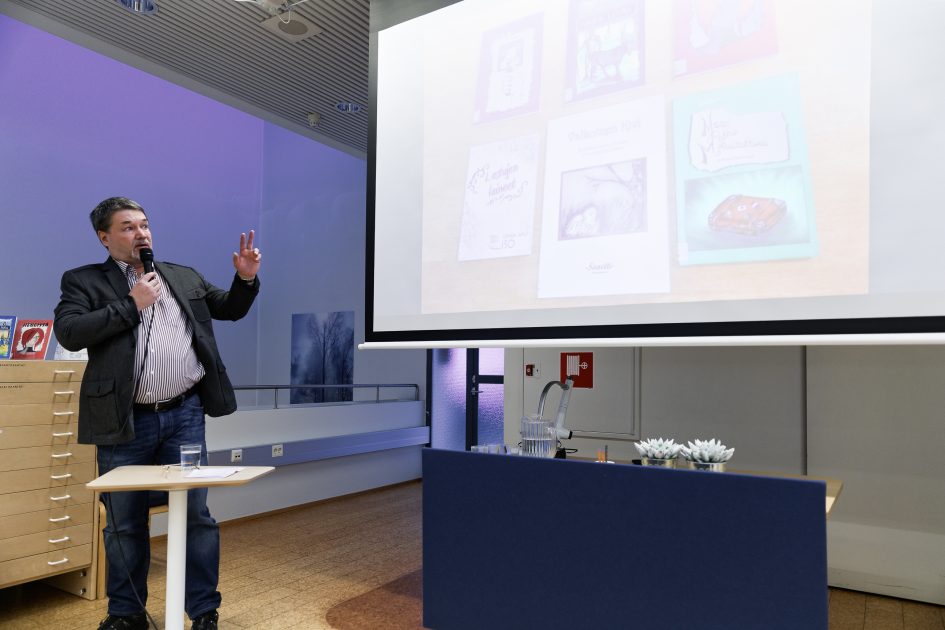 Iisalmi City Library arranged the second annual ”Säisän säikeet” literary event in the 16th of December 2017. The event is named after author Eino Säisä (1935–1988) who is one of the most respected modern literary figures coming from the Iisalmi area. His main work includes the six volume “Kukkivat roudan maat” (rough translation: The Blooming Lands of Frost) which describes the development of a small rural village in the Upper Savonia from the post war period to the late 1960s. 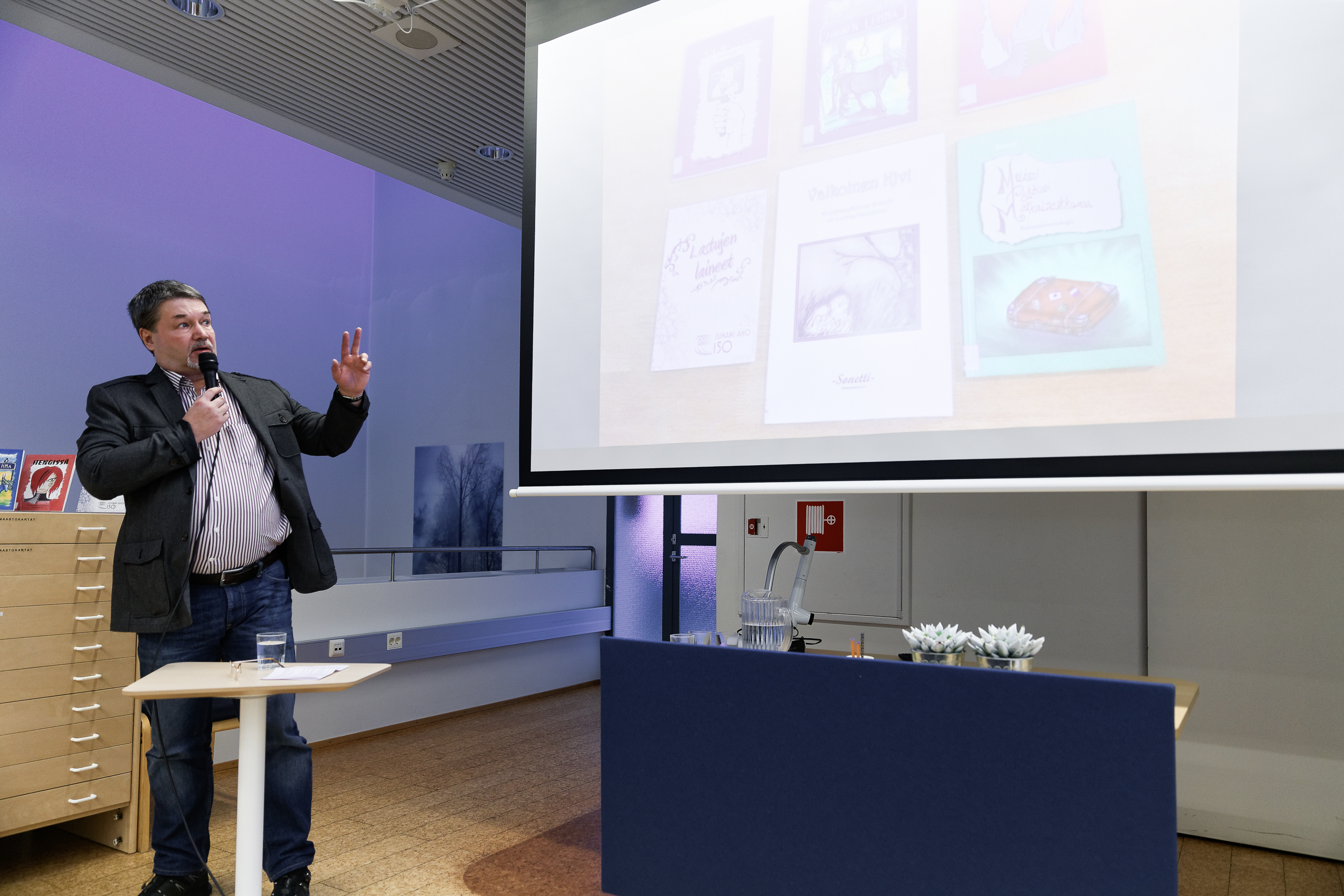 The library staff arranged the event in co-operation with the Kirjoittajayhdistys Sonetti ry, a local authors association.  Both the library and Sonetti organized the program. It took place in the upper floor of the library hall. The space suits well for events of this size and was reserved for this purpose the whole Saturday. The number of audience present was satisfactory although there was room for more. The library provided some free coffee and snacks for those present.

Sanna Marin-Kainulainen, the Director of Library and Cultural Service, was the first speaker. After her part, we had a short lecture about Eino Säisä by Teemu Oinonen, the chairman of the Kirjoittajayhdistys Sonetti ry. Librarian Petri Lehto-oksa told the audience about local literature anthologies. In the second Eino Säisä themed lecture, author Teppo Kulmala offered a thorough retrospective of Eino Säisä’s works. After the lunchbreak, he also announced the results of the “Tarinoiden Ylä-Savo” writing competition and the authors read aloud their award-winning writings. The final performer was author Antti Heikkinen. He concluded the afternoon with great stories and humour. 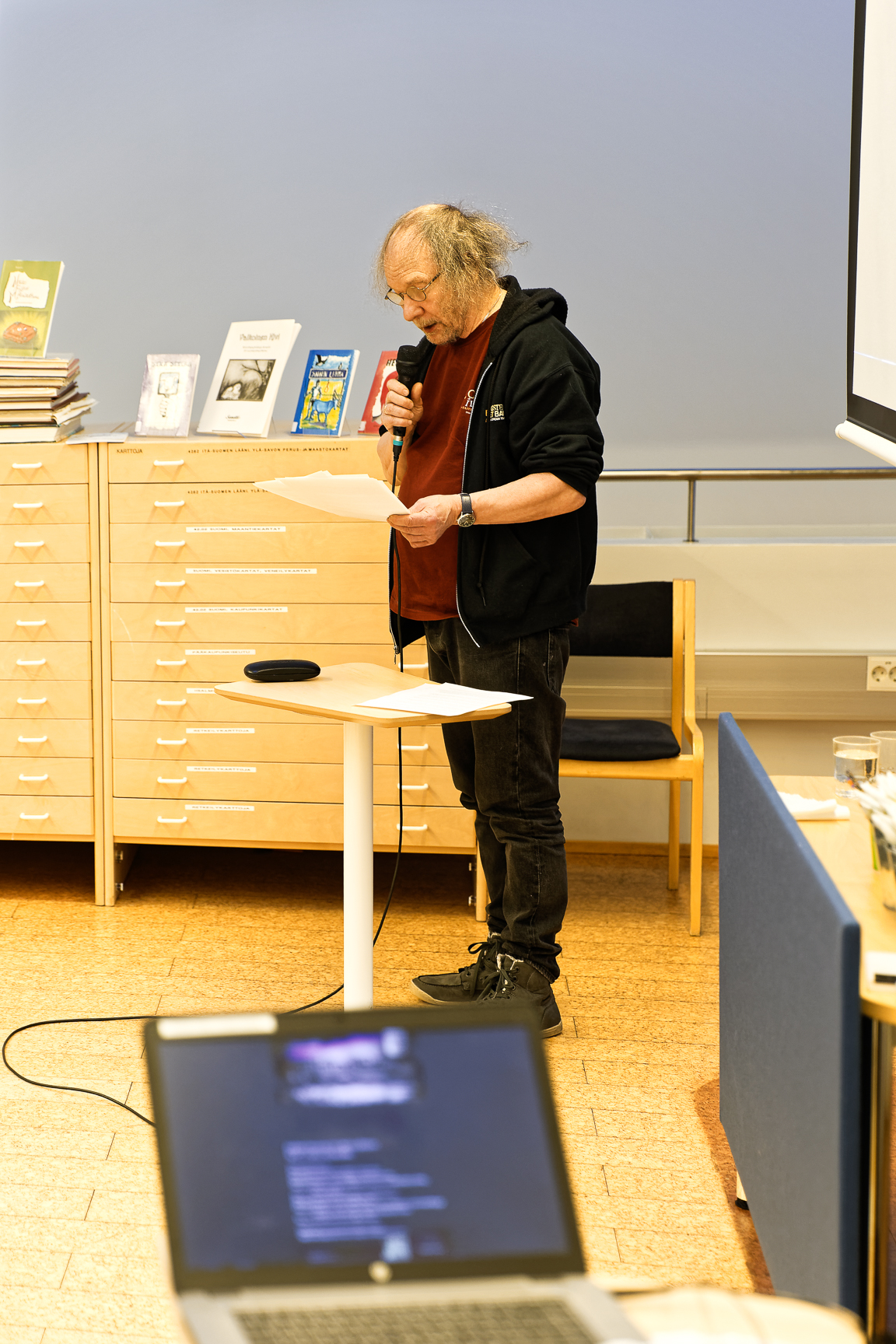 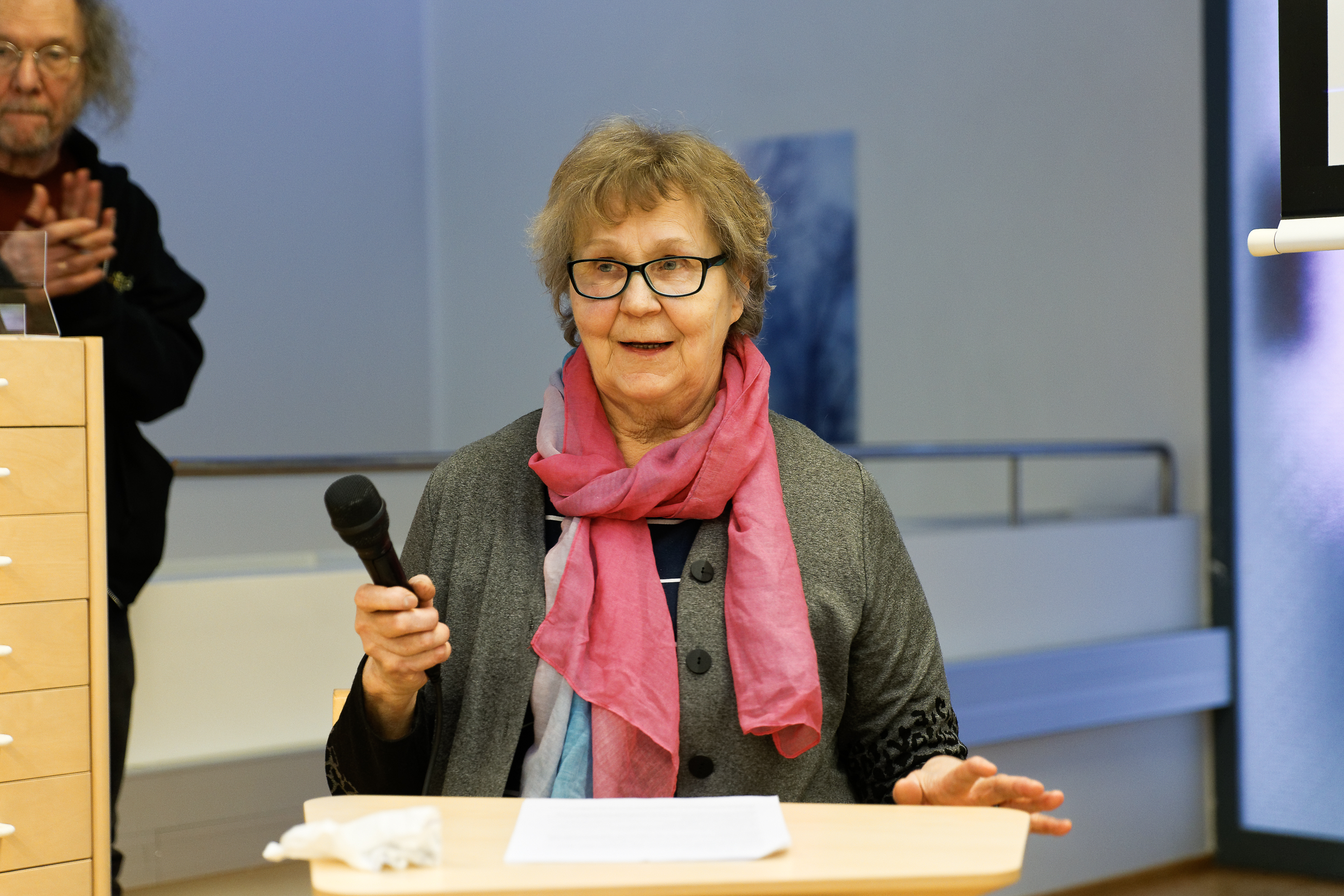 In summary, the program and the arrangements went really well. This was only the second time the event was held and the focus was mainly aimed at local audiences. However, we hope that in the following years, we can expand it to become a better-known end of year literature event, which also keeps the name of Eino Säisä in the minds of people at national level. In the same time, it is important to keep on supporting local literary circles and inspire people to express themselves by the means of writing. 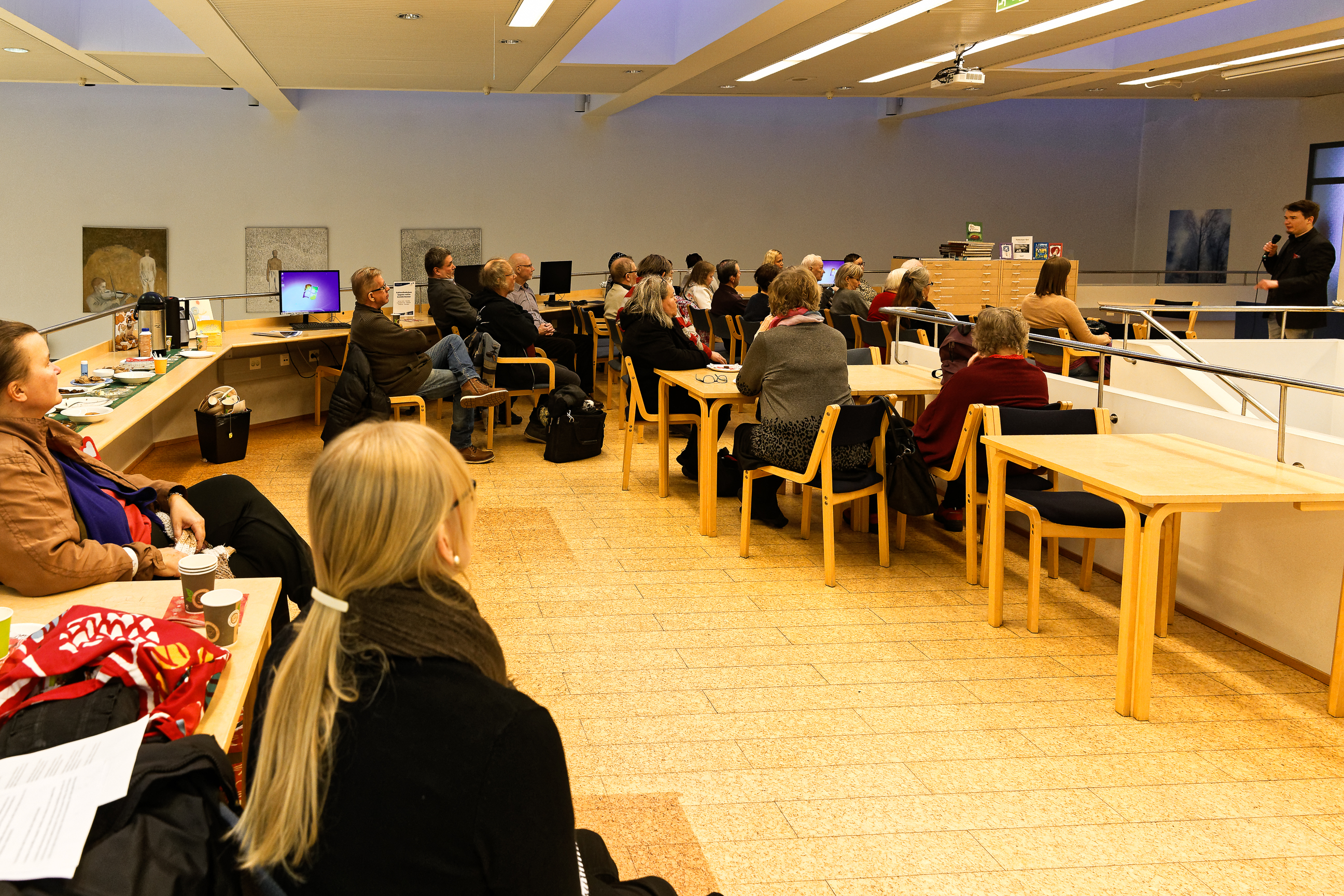