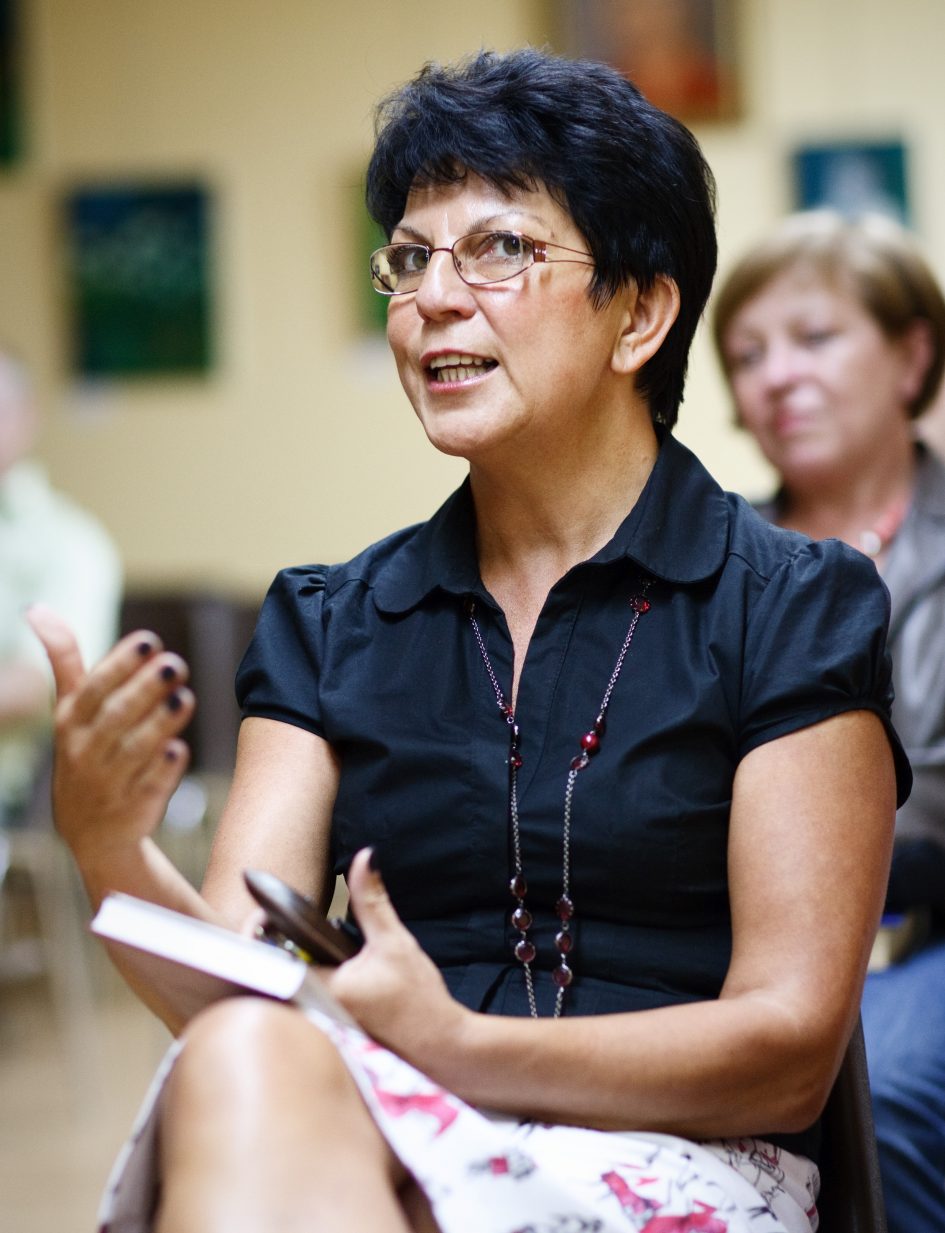 Today we are presenting a new Section: Interviews with Sister Libraries. We will be regularly interviewing the librarians that make possible that this programme is working, the professionals responsible for the programme in our sister libraries. We will learn more about their libraries, their cooperation projects, what got them into joining NAPLE Sister Libraries and their experiences so far. We hope this Section is as interesting to you as it is for us!

Our first library to be featured is from Poland. The Municipal Public Library in Piekary Slaskie was one of the fist libraries to join the programme and so far, the absolute champion in number of sisters, with 7 sister librarieshttps://www.naplesisterlibraries.org! Not only does the library have 7 sister libraries but it is also very active in its sisterships. So far its sister libraries are Korčula City Library (Croatia), Kaunas County Public Library (Lithuania), Kiri-kirjastot Library (Finland), Vilanova i la Geltru Library “Armand Cardona i Torrandell” (Spain), Iisalmi City Library (Finland), Marko Marulic Split City Library (Croatia) and Arucas Municipal Library (Spain). 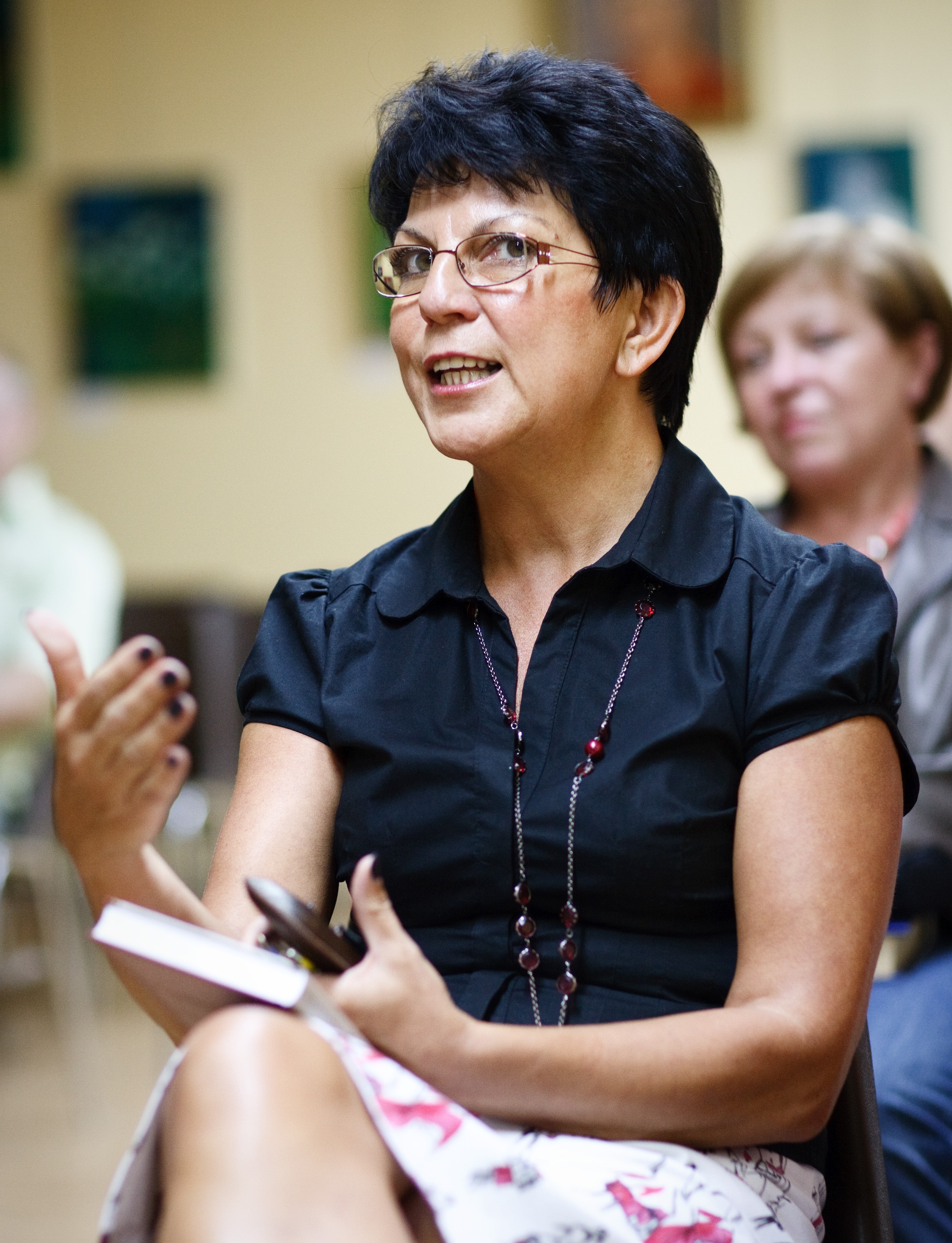 Today we interview its enthusiastic and committed director, Aleksandra Zawalska-Hawel, whom we had the pleasure of meeting and devirtualizing recently in Burgos, Spain, during the Europeana Conference / VI Congreso Nacional de Bibliotecas Públicas, last October 2012.

–Aleksandra, by reading your form, anyone can realise that your library is very committed to serving its community and incredibly active, involved in and organising many programmes and projects, contests, clubs, etc. No wonder you have seven sister libraries! Well, first of all, how did you hear of the sister libraries programme and what motivated you to participate?

Thank you for your words of appreciation, it’s very nice of you. I learned about Sister Library program from the website of Polish National Library. The program immediately appealed to me because it did not force anything. So the decision to join was easy.

–Your seven sister libraries are from Croatia, Finland, Lithuania and Spain. Was it difficult to make a selection from the list of participating libraries? How you found many differences in the way libraries work in the different countries?

Oh, yes. It was not an easy choice, though the list of candidates was shorter. First, we were looking for a library with a similar profile in towns with similar population. Country had no meaning for us. It turned out that libraries from such towns did not submit to participate in the program. But I decided that it doesn’t really matter – it is activity that counts. I wrote to a few selected libraries and invited them to cooperation. I remember that someone refused, arguing that we are too big for them. Then there was silence, so I wrote another letters. And after some time, positive responses were received for five of my invitations to work, and those of the first and those of the second round! Libraries from Korčula (Croatia) and Kaunas (Lithuania) joined us a few months later.

In my opinion, the differences are mainly in the funding of libraries and approach the authorities of the country to librarianship. And here I see very big differences. But librarians everywhere are very involved in their work and it is great if they are supported by state and local authorities. But librarians are passionate about their work, so even if there are problems, they always somehow conjure up wonderful things!

–Which advantages do you find for a public library to be involved in international cooperation with other libraries, be it in a programme like NAPLE Sister Libraries, or any other?

Participation in the programme, an active participation of course, means development for each of the cooperating libraries. We learn from each other, exchange ideas and put them into practice. At the same time we improve our English. And besides, we are a group of really friendly people!

–You have both a website and a Facebook profile, what advantages do you find in both of them for the relations with the library users? How have you used them to cooperate with your NAPLE Sister Libraries  and/or promote or to give news on your activities? Are you thinking of using more social networks (like Twitter and Youtube, etc)…?

We use both above all as a notice board about the activities of the library and to the contact with our users. Here you can also boast of achievements, what already many times took place in case of the cooperation with Sister Libraries. We’ve included links to the NAPLE blog, to the website of each of our Sister, we present a lot of pictures from our cooperation, we announce the results of competitions. We also have a profile on YouTube, on which, from time to time, we place some brief video about the project carried out, or about interesting discussion, or about the vernissage. But it is enough. First, because the handling of social media is very absorbing work, and we just do not have manpower for this. Secondly, but perhaps most importantly, we want people visit us above all in the real world, not just virtual. In order to be involved in culture, it’s not enough to just click «I like it!».

–Since the main objective of any public library is the service to the community, we would like to know what the reactions of your users to having sister libraries have been?

The reactions of our users have been very positive. There were congratulations, press and radio interviews. But they also expect something new to happen next. All initiatives taken with Sister Libraries are being adopted very well by our community. Our users participate in shared cultural events. And I hope we will have more and more common proposals for them.

– A very interesting fact is that you have also applied and obtained funding for the cooperation with your sister libraries from the European Programme Youth in Action. Please can you tell us a bit more about it?

After a few months of communicating via the Internet I came to the conclusion that we should finally meet in person.  We work together, exchange ideas, organize various cultural events, but we do not really know each other, we have never met. So I looked for sources of funding, and because we want to work together with young people and for young people, therefore I submitted the project to the «Youth in Action» Programme. We did it! 10 people met in the Library of Piekary Slaskie. Of course, not without additional “adventures”. We regretted very much that our friends from the library in Vilanova i la Geltrú had to give the arrival up because of the difficult economic situation in Catalonia. Then the library in Split joined them. It was a pity not to use the grant. I decided, if librarians from five libraries decided that they should meet, it this way it shall be. It required many formal changes. First, I invited librarians from Kaunas. I met one of them before at the contact seminar in Birmingham, so it was easy to contact and Valentina responded immediately. And then tiny Korčula in Croatia replaced big Split. It was a unique choice. We didn’t know ourselves earlier, it was a spontaneous invitation! These ladies had 1 day to the decision and 2 weeks to settle all the issues! And they decided to come! I greatly appreciate what they have done. And readers helped them to prepare for the trip! So far I’m impressed.

It was an honor for us, but above all, a great joy! And of course, a responsibility that everything happens at the right level. We had a short time imposed by the program – 3 days and we wanted to offer as much as possible. I think we succeeded. I had the impression that our friends really were satisfied and probably a bit tired. I am very happy we met. These are wonderful women!

So far I have not had the opportunity to visit any of the Sister Libraries, although in the meantime I visited other European libraries. Here we are planning to write a new project that will help to change this state of affairs. I just sent our sisters the invitation to participate in this project and I hope they will take the challenge! I wish we all could get together again. This way it is easier to develop our cooperation. We cooperate very well with the Municipal Library in Arucas, Gran Canaria. We did a lot of great things together. This is a very active library and we would absolutely like to see it alive. The same applies to other our “Sisters”.

-What kind of materials have you interchanged so far?

These are above all publications about our libraries, cities and regions and the history associated with them. Some of our Sister Libraries issued beautiful fairy tales. In the lobby of our library we have a permanent exhibition dedicated to our Sister Libraries. We also present the works submitted to the «We Are All EUROpean 2012» art contest organised by us on. Soon an online edition of the Spanish-Polish fairy tale «Factory of The Rain» by Purificación Santana Pérez will be released, to which children in Piekary Śląskie and in Arucas created illustrations. It was the idea of our friends from Arucas and we fell in love with it instantly!

–What would you say to any librarian who is thinking of the possibility of joining the programme?

Don’t hesitate! Join us and act!

Thank you very much, Aleksandra!!

Links for the Municipal Public Library in Piekary Slaskie:

Would you like to participate in the NAPLE Sister Libraries Programme? Read the call for participation here!