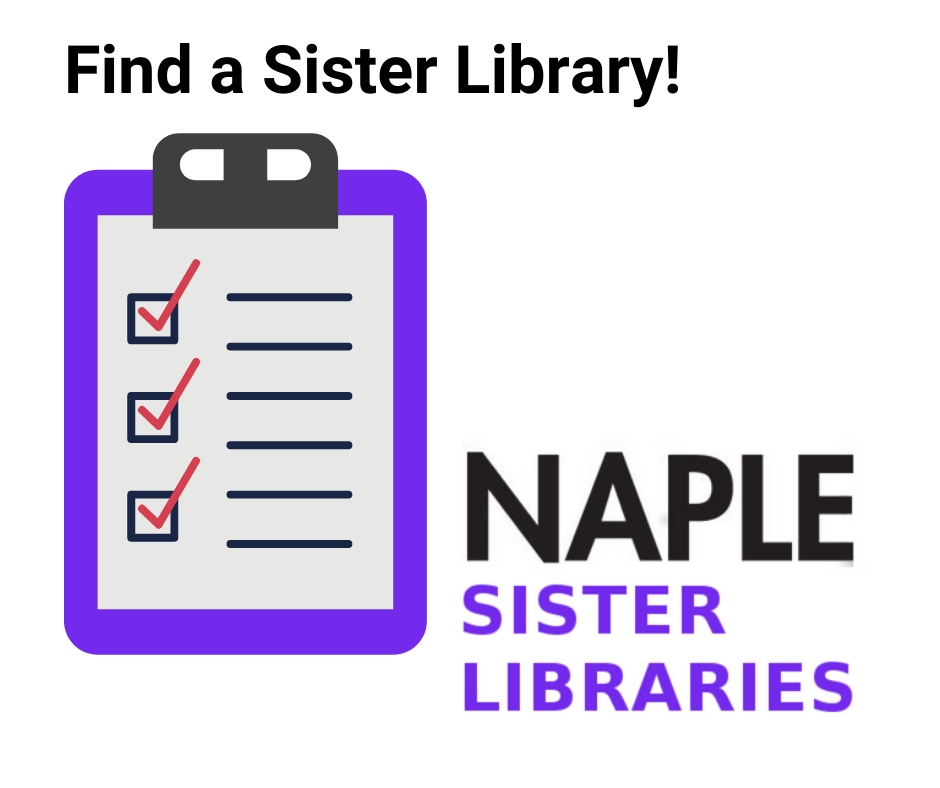 From the organization of NAPLE Sister Libraries program, we’re starting a campaign to help all libraries in the program find a sister library.

Some of you might be in active search of a partner library right now, others might have tried in the past but unsuccesfully (in spite of having contacted a few libraries), some of you might consider establishing a partnership thanks to this campaign.

The idea is to find out who of you are interested in participating in the campaign, You can let us know through this very short Google form. We’ll be collecting your submissions for a whole month, until 4th June.

Then, we’ll put them together and do the matches, using the information you provided and will contact both libraries to suggest the sistership.

Of course it’s not mandatory to establish the sistership, only a suggestion, so you’re free to decline the offer.