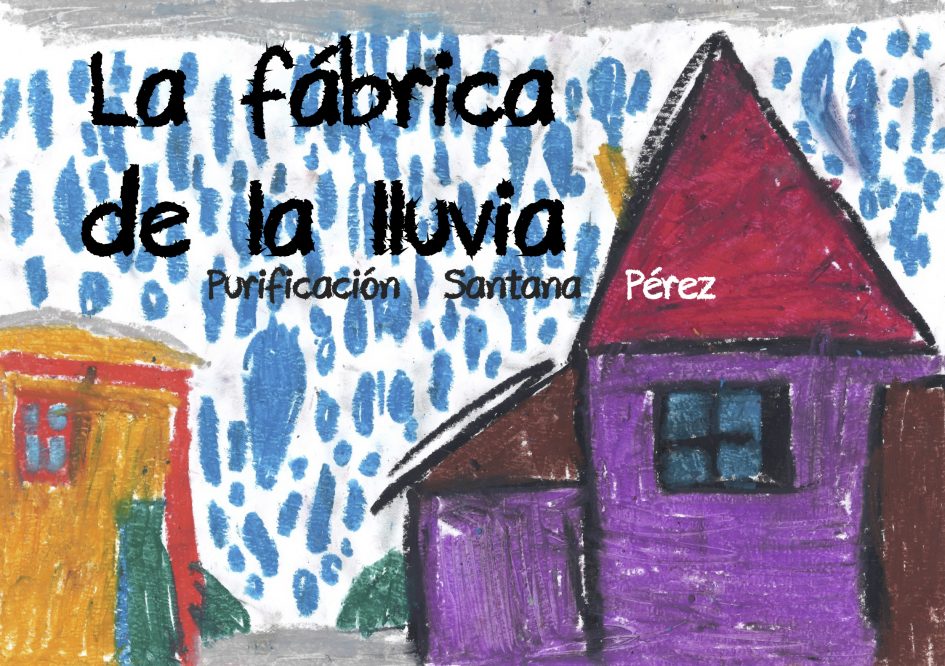 Today Loly León, from the Arucas Municipal Library, gives us great news. The children book that was recently illustrated by the children of sister libraries Arucas (Spain) & Piekary Slaskie (Poland) has been realeased!:

A DIGITAL PUBLICATION FOR CHILDREN

On Tuesday, 2nd April, the new book “La fábrica de la lluvia” (The Rain Factory) was launched on the occasion of the International Children and Youth’s Book Day. This book is a digital children’s book published by the Arucas Municipal Library, Spain, with the collaboration of its sister library in Piekary Slaskie, Poland. 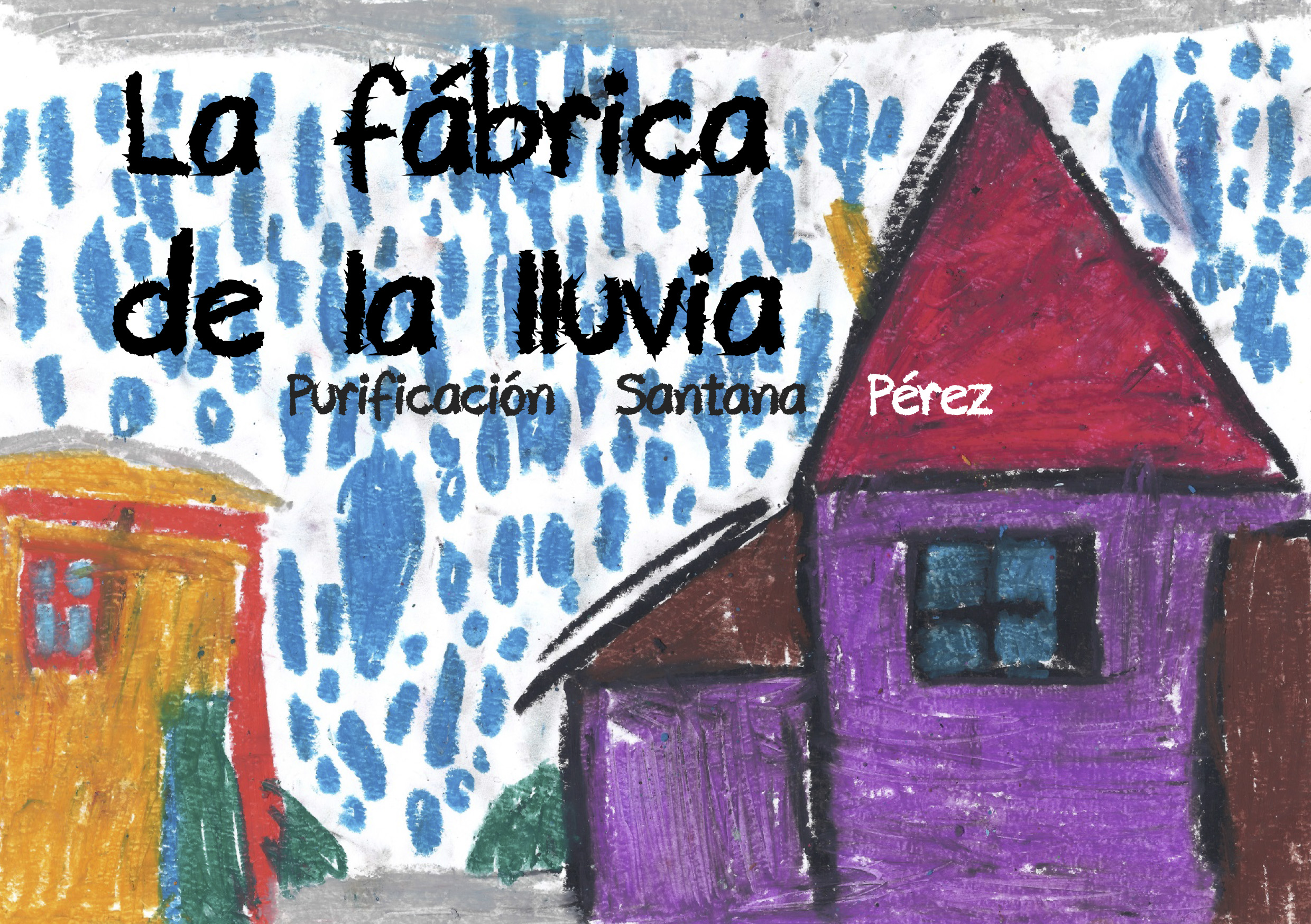 The author of this book is Purificación Santana Pérez, Language Professor. Born in Las Palmas de Gran Canaria, she has lived in Arucas for over fifteen years.

She began her literary career with the publication of the “Colección Aguaviva” (Jellyfish Collection), five albums aimed at children, illustrated by renowned artists. This collection intended to show sites in the capital of Gran Canaria through art.

Several of her texts have been dramatized. In January 2013, for example, her story “Marilina Calderón” was successfully performed, within the school concerts program organized by the Philharmonic Orchestra of Gran Canaria in the Alfredo Kraus Auditorium.

The book “La fábrica de la lluvia” (The rain factory) is in both languages: Spanish and Polish. The illustrations were drawn by children aged 3-12 years old in two workshops organized by the Municipal Libraries in Arucas and Piekary Slaskie. In May 2012, both libraries signed an agreement under the Naple Sister Libraries Program and ever since became engaged in a project of library cooperation developing an extensive work on joint projects and activities.

The presentation took place in the Arucas Hall at the Municipal Cultural Center and had the cooperation of the Modern Music Department from the Art Schools, which alternated some musical pieces while the author was reading the text. The attendees were a hundred primary school children of various schools from Arucas. 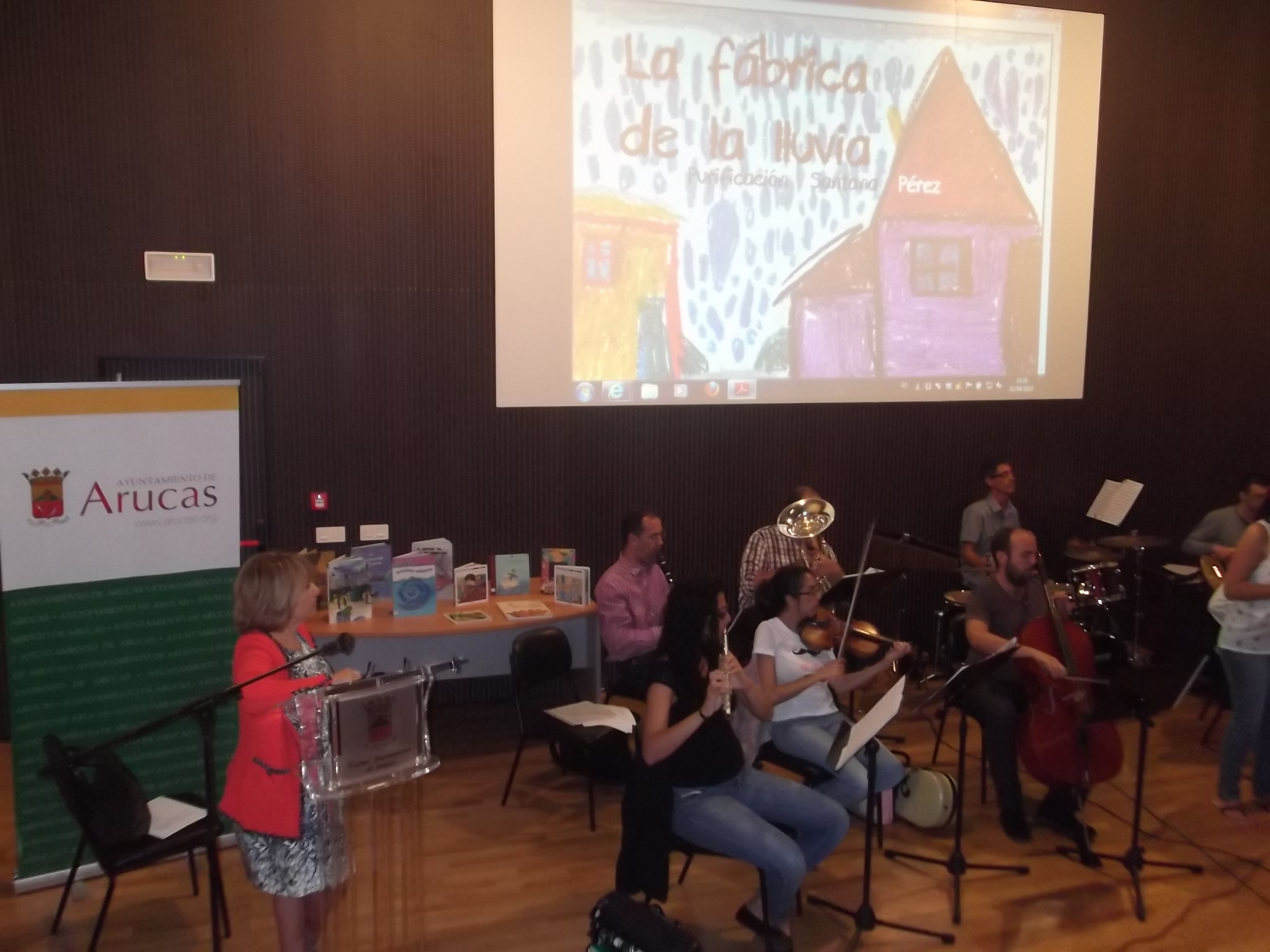 In Poland, the book was presented in the afternoon and the children who had done the illustrations of the story attended with their families. 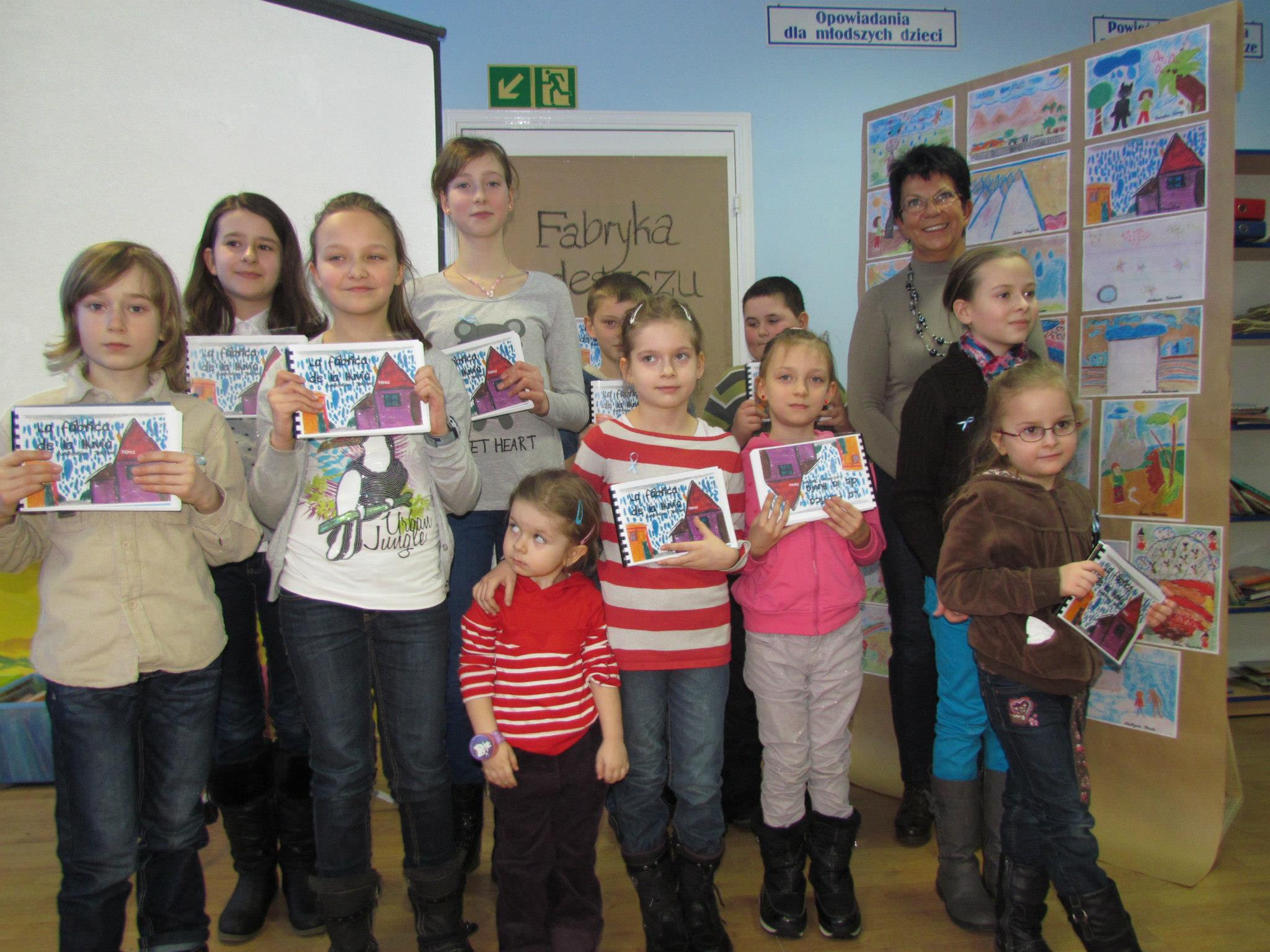 Both libraries are very proud of this work done together, which has overcome the distance in kilometers and the language barriers in an effort of bringing together both libraries and  generating a mutual understanding involving children’s participation and commitment as a future investment in the European concept of culture.

The story can be found at the municipal website!! www.arucas.org:  clicking the menus “CIUDADANO>CULTURA>BIBLIOTECA>Publicaciones Digitales”.

Thank you very much, Loly!

Both libraries Arucas and Pieakry Slaskie are very active in NAPLE Sister Libraries. We have recently interviewed their librarians, find the interviews here:

–Aleksandra Zawalska-Hawel, from the Municipal Public Library of Piekary Slaskie.