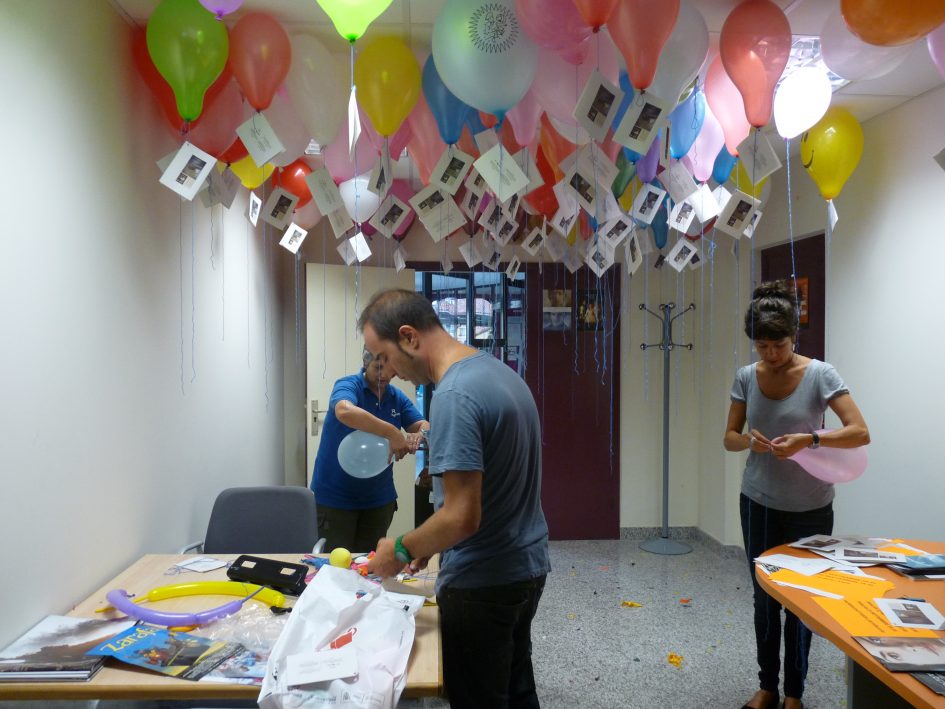 Just some days ago we showed you the postcard that the Ermua Municipal Library had designed for the Naple Sister Libraries Day, celebrated last 13 September.

Sara Gago Pascual tells us today how it went and what they did!: 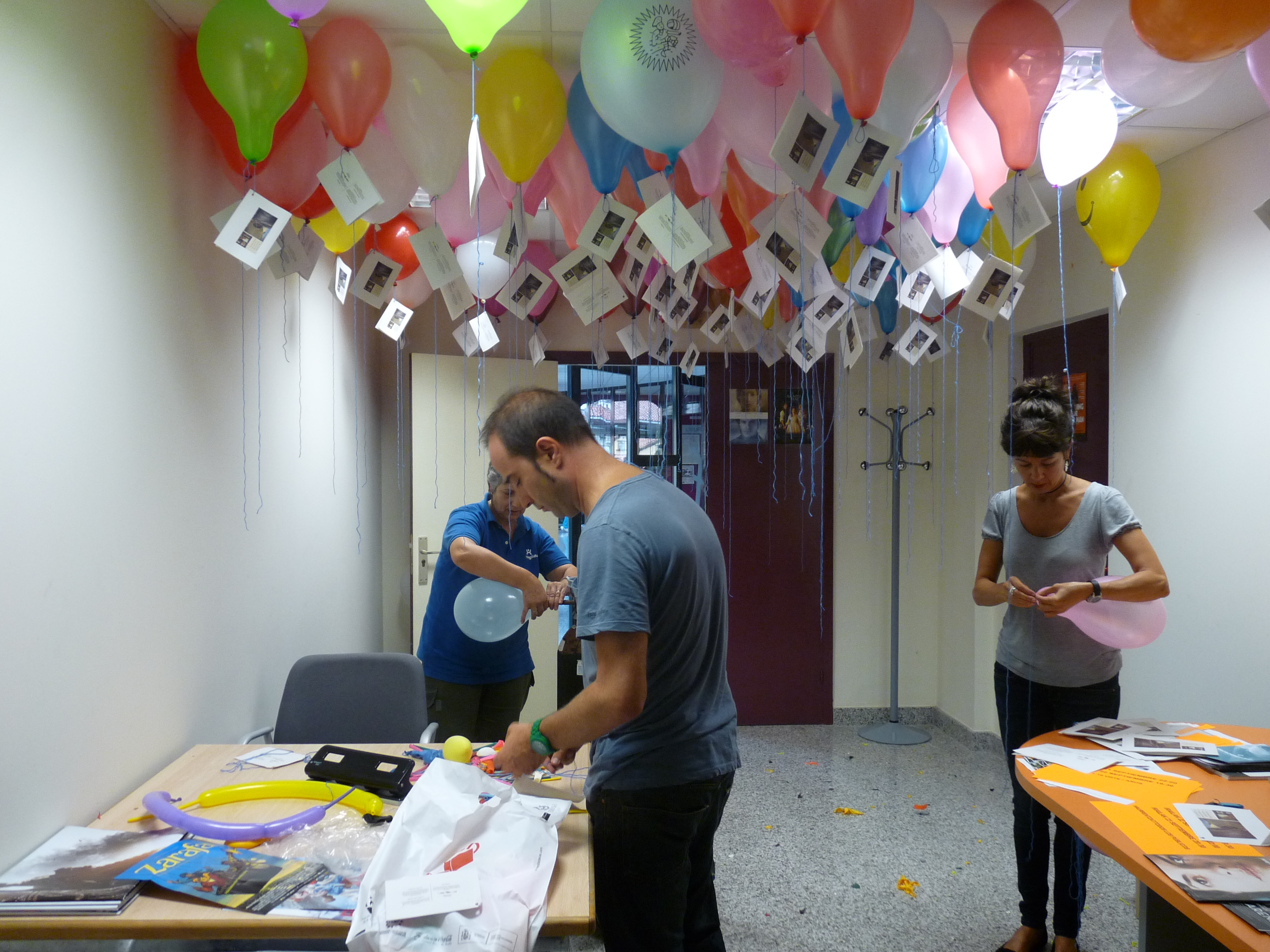 Around 150 children from different primary and secondary schools of Ermua participated in the release of balloons organized by the Ermua Municipal Library  to commemorate the Naple Sister Libraries Day. The release has taken place at 13:00 hours at the patio of the library. Students, teachers, some parents, users, babies from the local kindergartens  together with the library staff and the library cleaning staff have released balloons carrying the postcards published by the library and the messages that the children have written to promote reading. 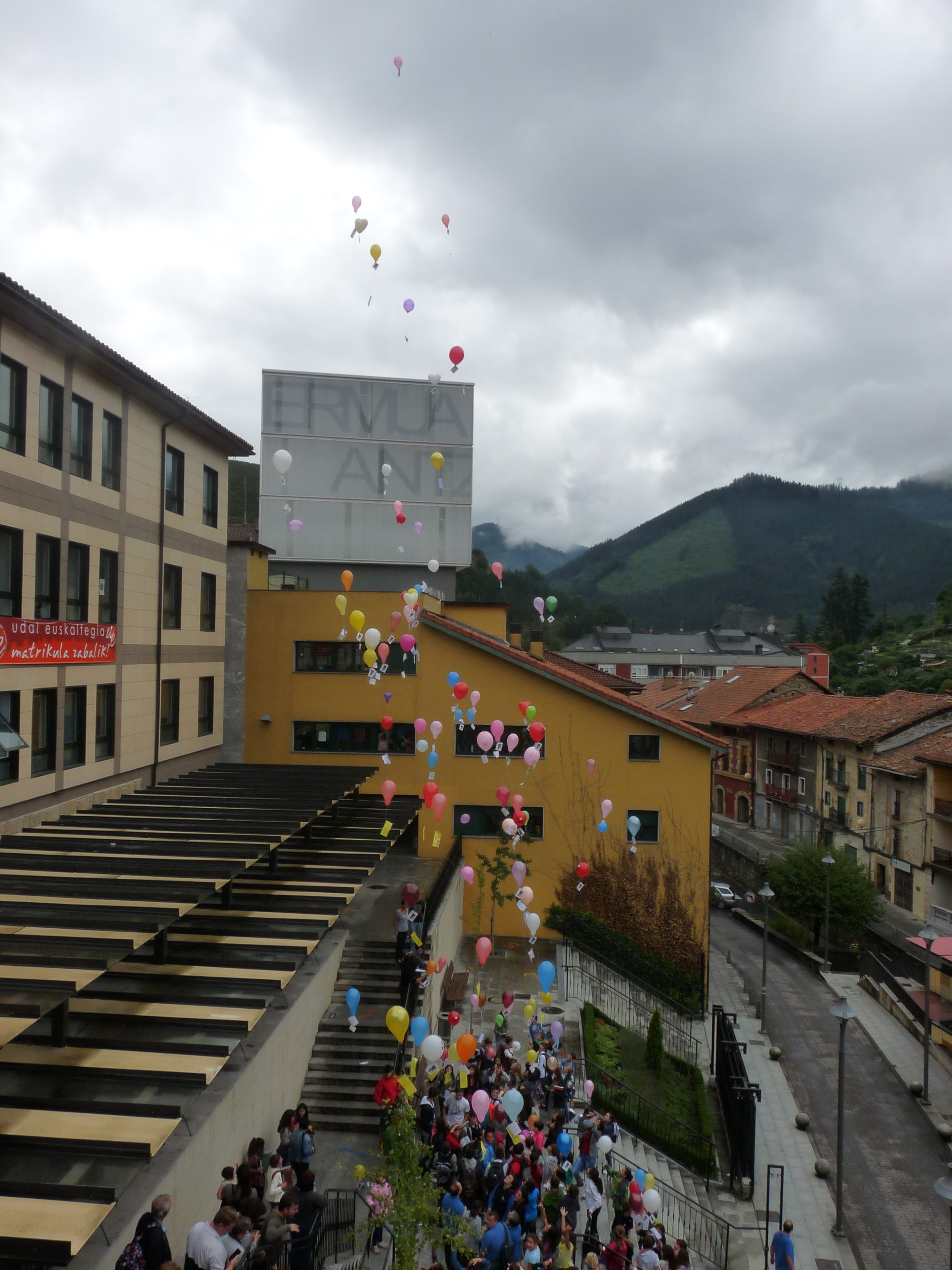 Although the weather in the morning was not very promising, at noon the rain stopped and allowed them to rise multicoloured balloons loaded with messages that encourage everyone to continue to enjoy reading as a universal value. 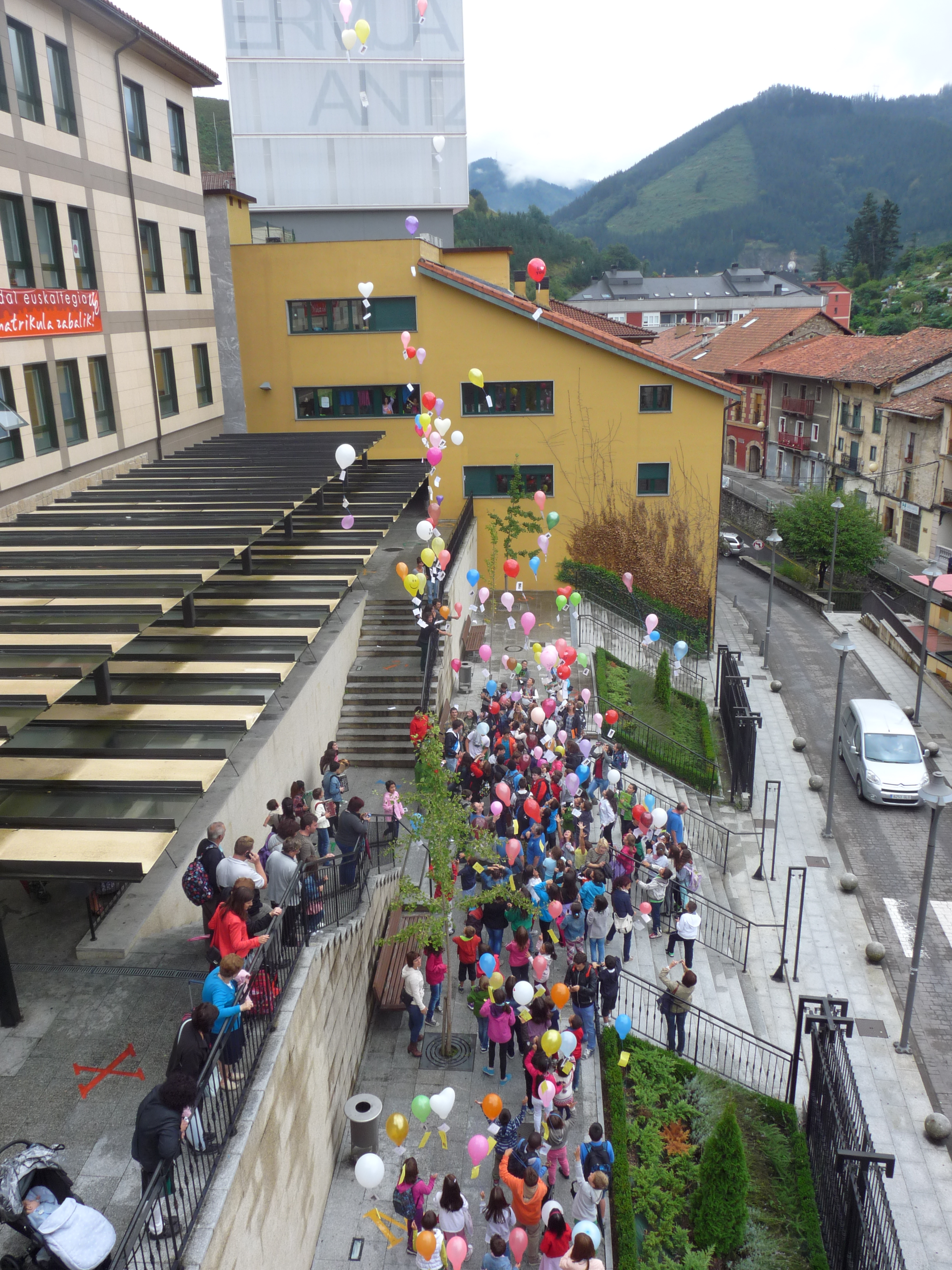