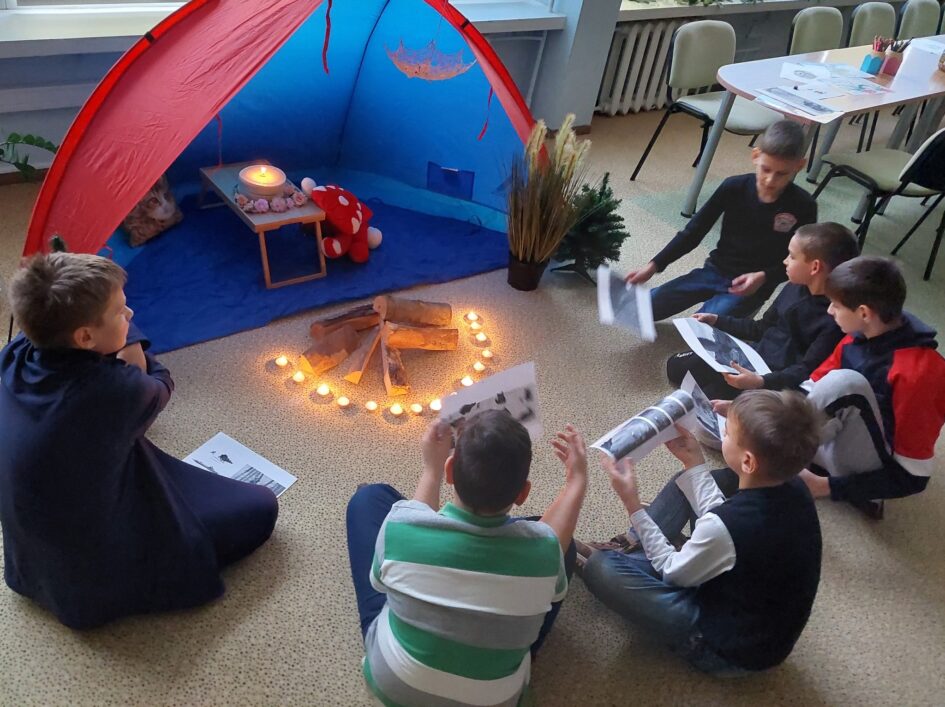 Nordic Literature Week is a cultural project that has been running for almost three decades and takes place in the darkest time of the year – November 14-20. This initiative aims to foster the Nordic tradition of reading aloud and storytelling. Every year, this idea involves more and more participants: city school libraries, kindergartens, and various communities participate. Panevėžys Elena Mezginaitė Public Library has been participating in this project for more than twenty years.

The Nordic literature week was in five branches of the Elena Mezginaitė public library in Panevėžys: the children’s literature department “Žalioji pelėda”, the “Židinys” library, the “Žiburėlis” children’s library, Šiaurinė and Smėlynė libraries. They held audio readings “Morning Dawn Children”. This year, Nordic Literature Week was dedicated to nature, its beauty, and its relationship with a human. Humorous and funny picture book “If You Met a Bear” was reading (by Malin Kivelä and Martin Glaz Serup).

Preschool and primary school children participated in Nordic Literature Week. The children who came to the audio readings found themselves in a real forest, full of trees, and a campfire was burning next to the tent. First of all, the library staff invited the young participants of the event to familiarize themselves with the Nordic countries, their names, flags, their place on the map, and the most famous writers: at the book exhibition, the little ones saw the books of the writer Astrid Lindgren, the fairy tales of Hans Christian Andersen, the adventures of Tove Jansson’s troll mummies and the works of many other writers.

In addition to listening to the sounds of nature, the children got to know the nature of the Nordic countries, and animals found out interesting facts about the bear and heard its roar. Then participants of the event made hats out of newspaper, built a fire, and thought about what to do if they unexpectedly met a bear in the forest. All this and more, children found out after reading the humorous book “If you met a bear”. After the audio readings, preschool children drew bears on a lighted easel and sand, made a “Bear” work, and faced their fears – they removed them from the model and learned to overcome them. Older children discussed the relationship between human and nature and explained why it is important to live in harmony. Fourth-graders from Vytautas Žemkalnis Gymnasium in Panevėžys, who visited the Nordic Literature Week, learned to dance the Finnish folk dance Letkis, and members of the “Little theatre” theater troupe performed the artistic production “The Talking Forest”.

The first-graders from Panevėžys “Ąžuolas“ pro-gymnasium who came to the audio readings heard story “If You Met a Bear“ and the Hans Christian Andersen fairy tale “The Nightingale” read by teacher .https://www.youtube.com/watch?v=qIMW0cccOAU&t=5s