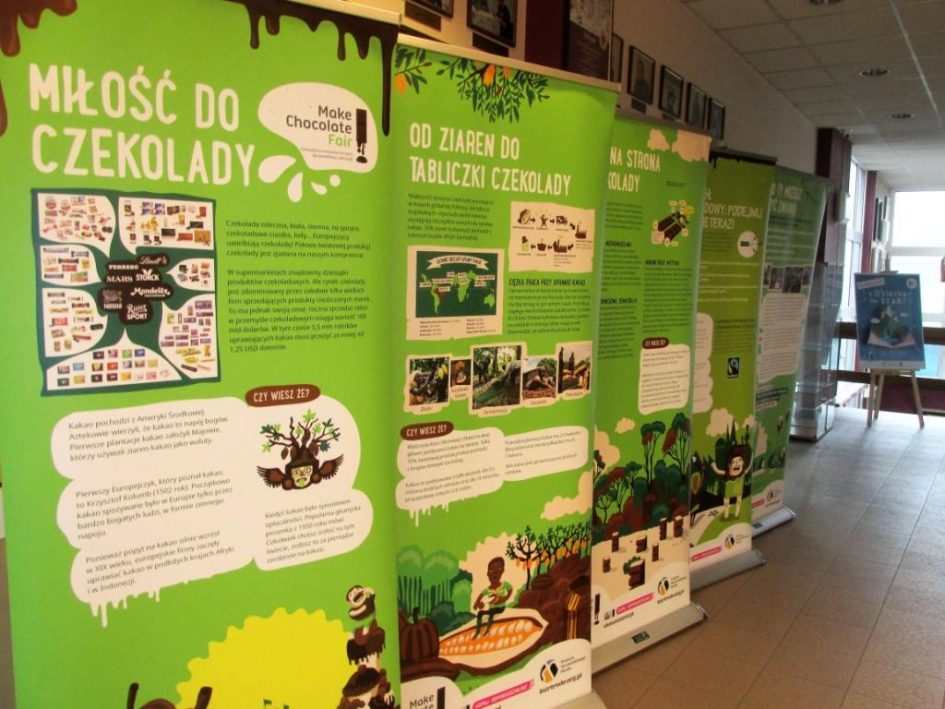 Municipal Public Library in Piekary Slaskie since 2018 has been implementing a plan of action
for people, the planet and prosperity Agenda for Sustainable Development 2030 adopted by
the General Assembly of the United Nations in 2015. Therefore, the librarians have prepared
and conducted a series of workshops for older children on the subject of sustainable
development in a globalized world called “Bittersweet chocolate”. The aim of the workshop
was to present the idea of fair trade by showing the impact of individual consumer choices
on the situation of employees in the countries of the Global South. 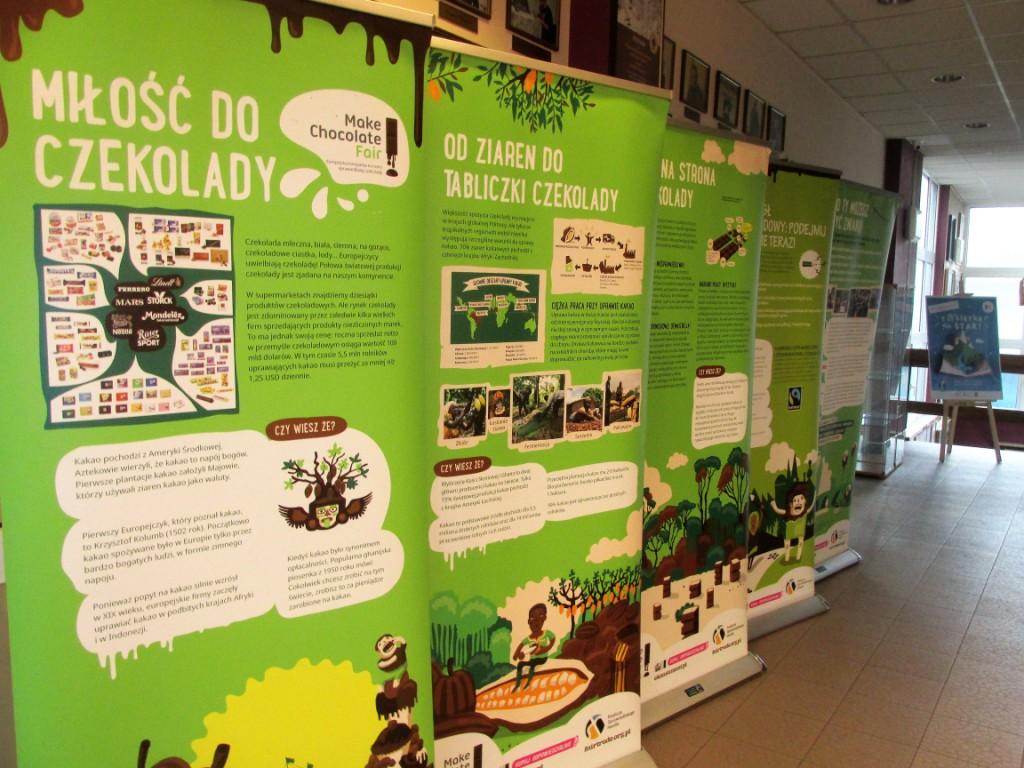 During the classes, participants divided into groups performed different tasks: they were
recognizing by smell the coffee, cocoa, vanilla, cinnamon, pepper hidden in opaque
containers, also they were putting illustrations of products from the countries of the Global
South on the world map in the countries where they are grown. Thanks to this, they realized
that the products we use every day must travel thousands of kilometers. 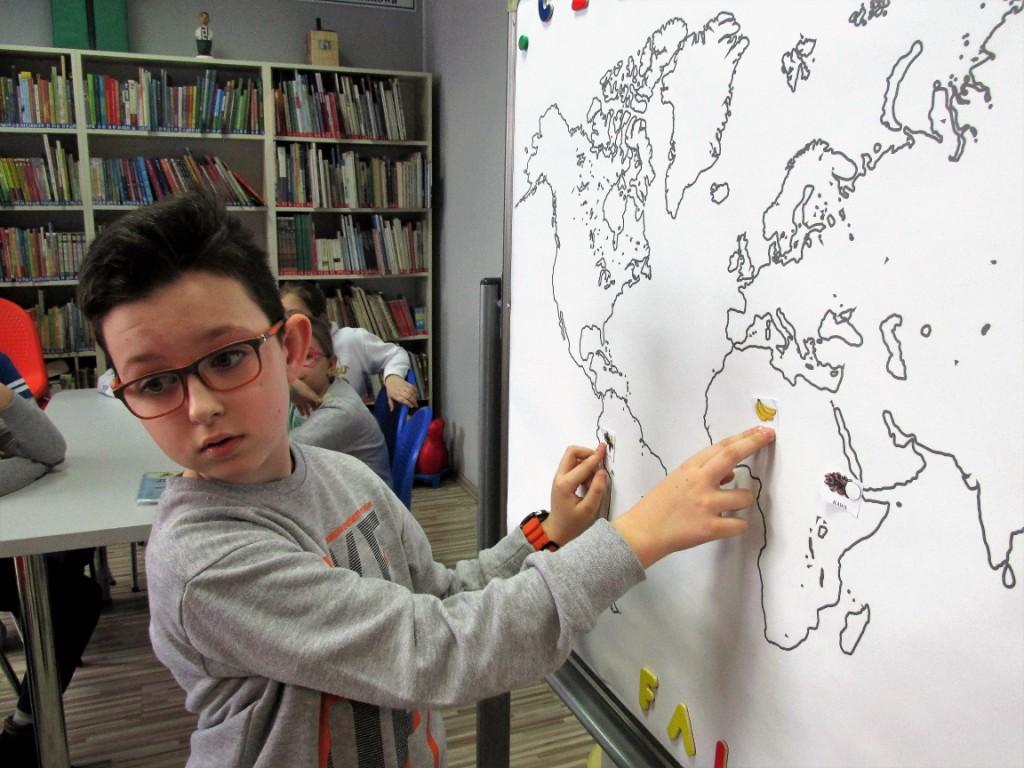 Based on the film about the production of chocolate, they have learned how many people
are involved in this process. One of the elements of the workshop was the task relying on
the division of a printed chocolate bar between people who worked on its production and
sales. Most of the children gave the most cubes of chocolate to the farmer, who in their
opinion must work the hardest. It turned out that not everyone receives the payment they
deserve.

The production of chocolate is a very profitable business, in which international companies
derive very large profits, unfortunately at the expense of millions of cocoa farmers.
The task of each group was to draw a poster encouraging the purchase of Fairtrade
products. All posters have been presented in our Gallery of the Young.
Workshops prompted participants to reflect on their own lifestyle and daily choices, which in
the global context exert a positive or negative influence on the quality of life of people in
other countries. 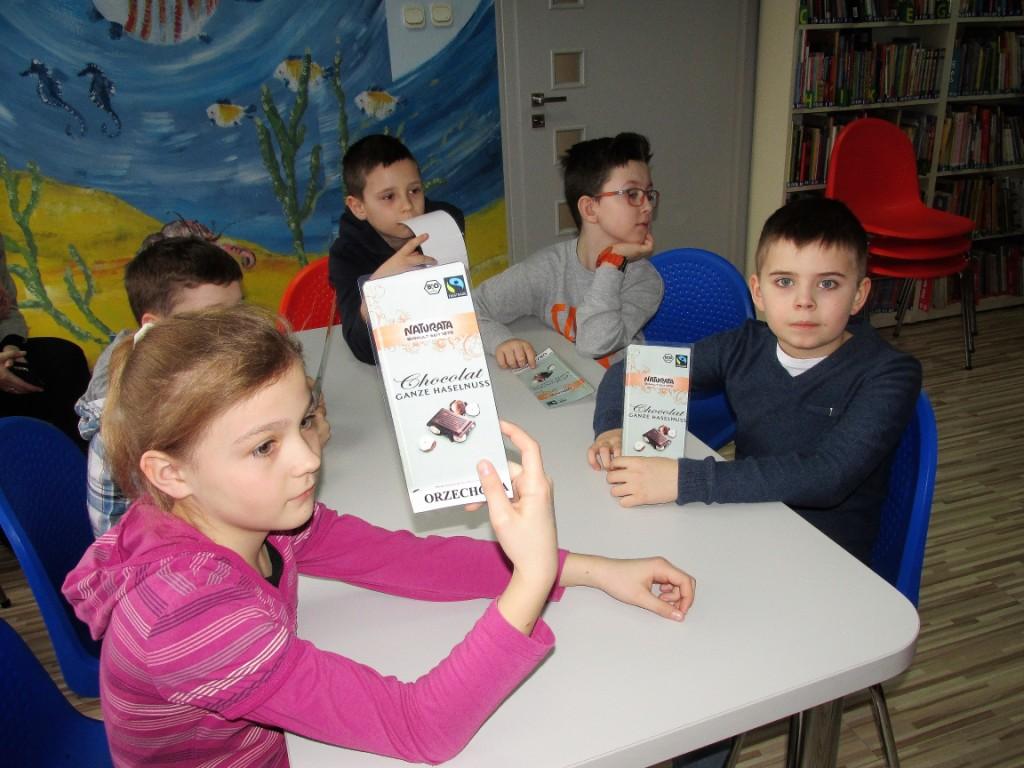