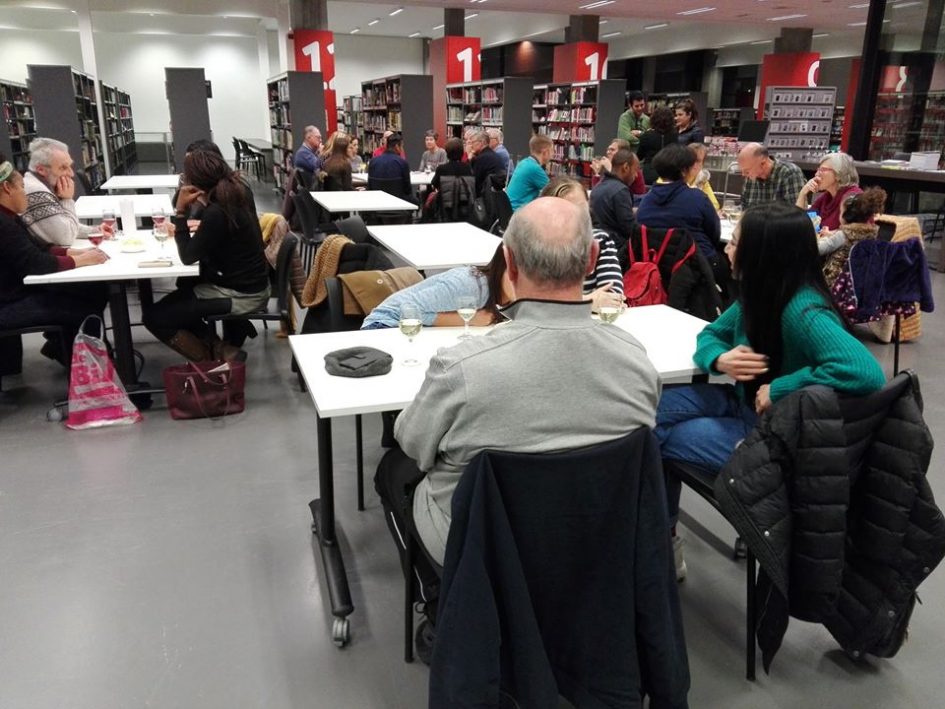 English, Spanish, Portuguese, Dutch and French are the most spoken languages in Vantaaltotaal.  Usually there are around forty attendees.

Vantaaltotaal is not the only language activity we organize. There is also a similar monthly activity where only Dutch is practiced. Occasionally, there are also class activities in which high school students spend an hour talking to non-Dutch speakers.

In all these activities, in addition to practicing languages, the social aspect is also very important.