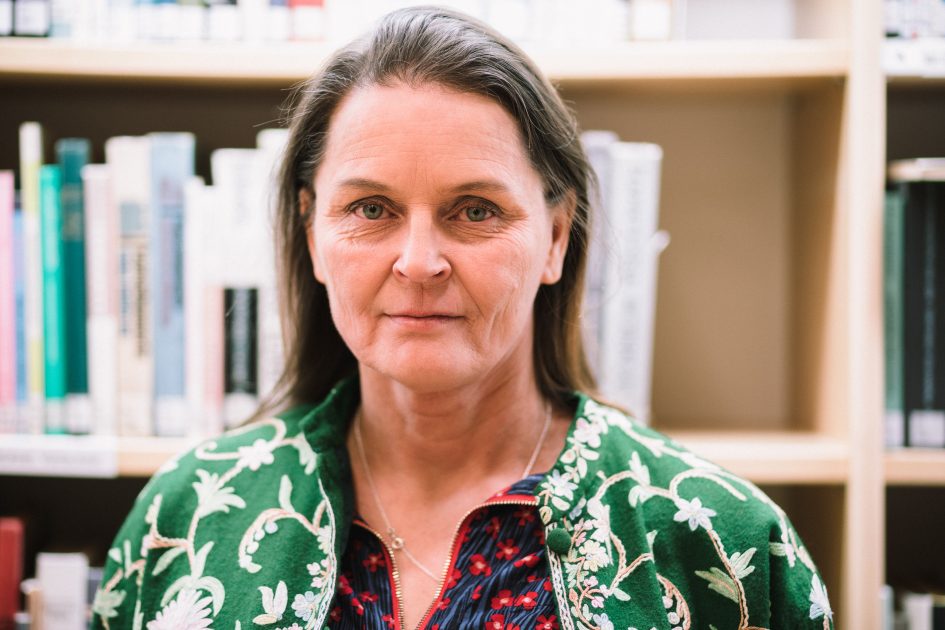 Laina is a Finnish forename for women. Its name day, 8th February, has been in the Finnish Almanac since 1908 and the name has been most popular in the yearly 1900’s. Today it is somewhat a rare alternative for a child’s name. In recent years, only 85 persons have had it. However, for Finnish public libraries Laina’s name day is still a day for celebration. Besides being a name, the word “laina” also means loan in Finnish. The connotation “Lainan päivä” (Laina’s Day) is a bit of tongue in cheek but provides a good basis for joint marketing of library collections and services.

Some of the popular “Lainan päivä” activities in the public libraries include resetting of library fees, lotteries and different kind of events. In Iisalmi City Library, the emphasis on “Lainan päivä” activities has been on events. In recent years, the date has been one of the most important event dates especially for adult audiences. We have been fortunate to have high profile guests for the day. For me the highlight was 2016 when Jess and Thomas Corpse of the band Jess and the Ancient Ones performed an exclusive acoustic gig in the library. In 2017, we had the legendary ski coach Immo Kuutsa and in 2018, the ever-popular German-Finnish author Roman Schatz. 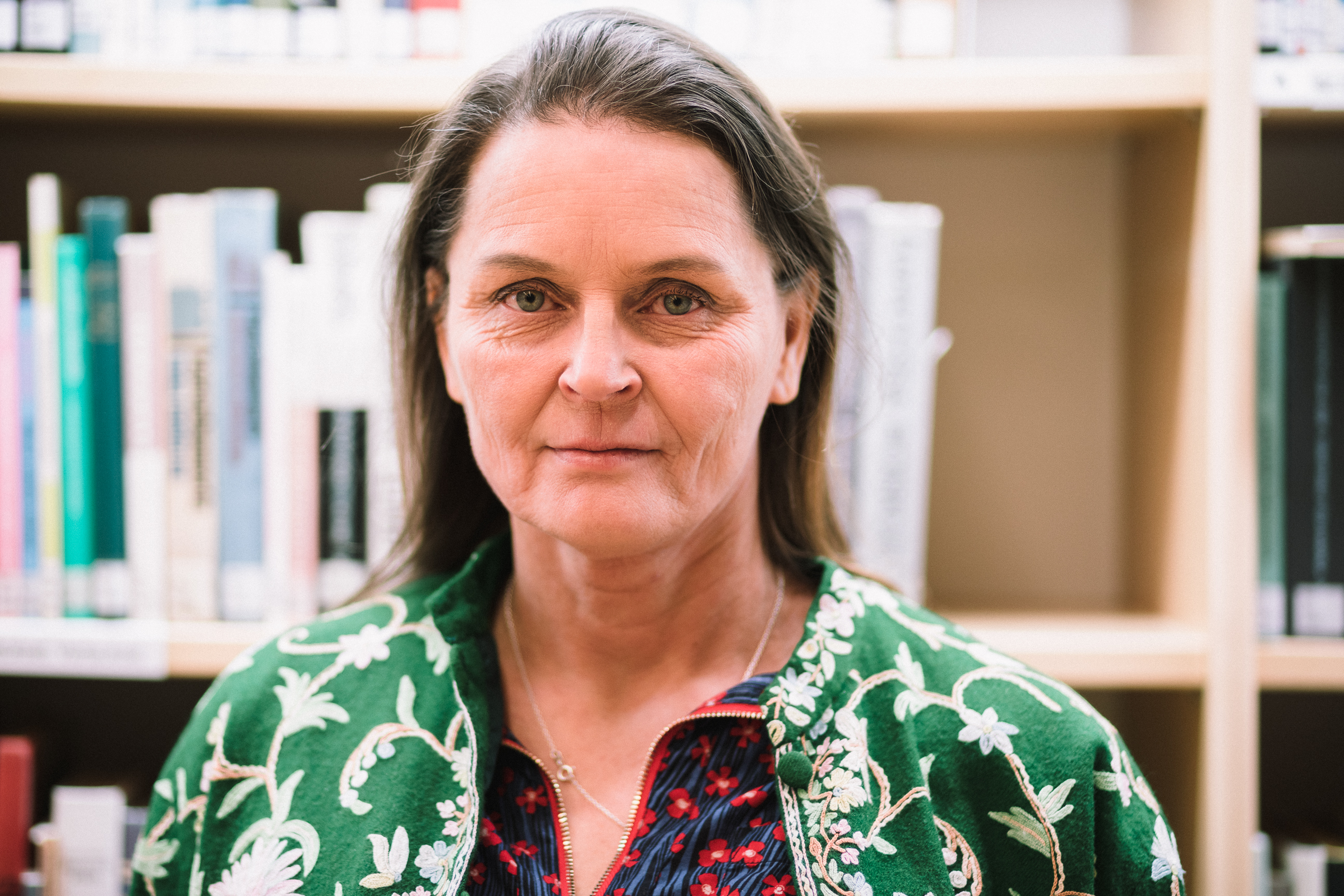 For the “Lainan päivä”, 2019 we also wanted a popular author as our guest. This time we did not have to look far. Heidi Jaatinen is a well-known author who lives in Kiuruvesi, a neighbouring town of Iisalmi. She had just published a book called “Koski” (Rapids), a historical novel based on the experiences of her own relatives in the beginning of the 20th century. The novel has been popular among our customers and has won this year’s Savonia literature award.

Unfortunately, in 2019 the “Lainan päivä” was on Friday. That is not the best day for evening events in libraries. We made an early decision to advance the schedule, so Heidi’s performance was booked on the previous Monday (4th February). That meant that this time we did not use the semi-official “Lainan päivä” logo on the marketing. Otherwise, the scale was the same as in previous years and the results did not disappoint. 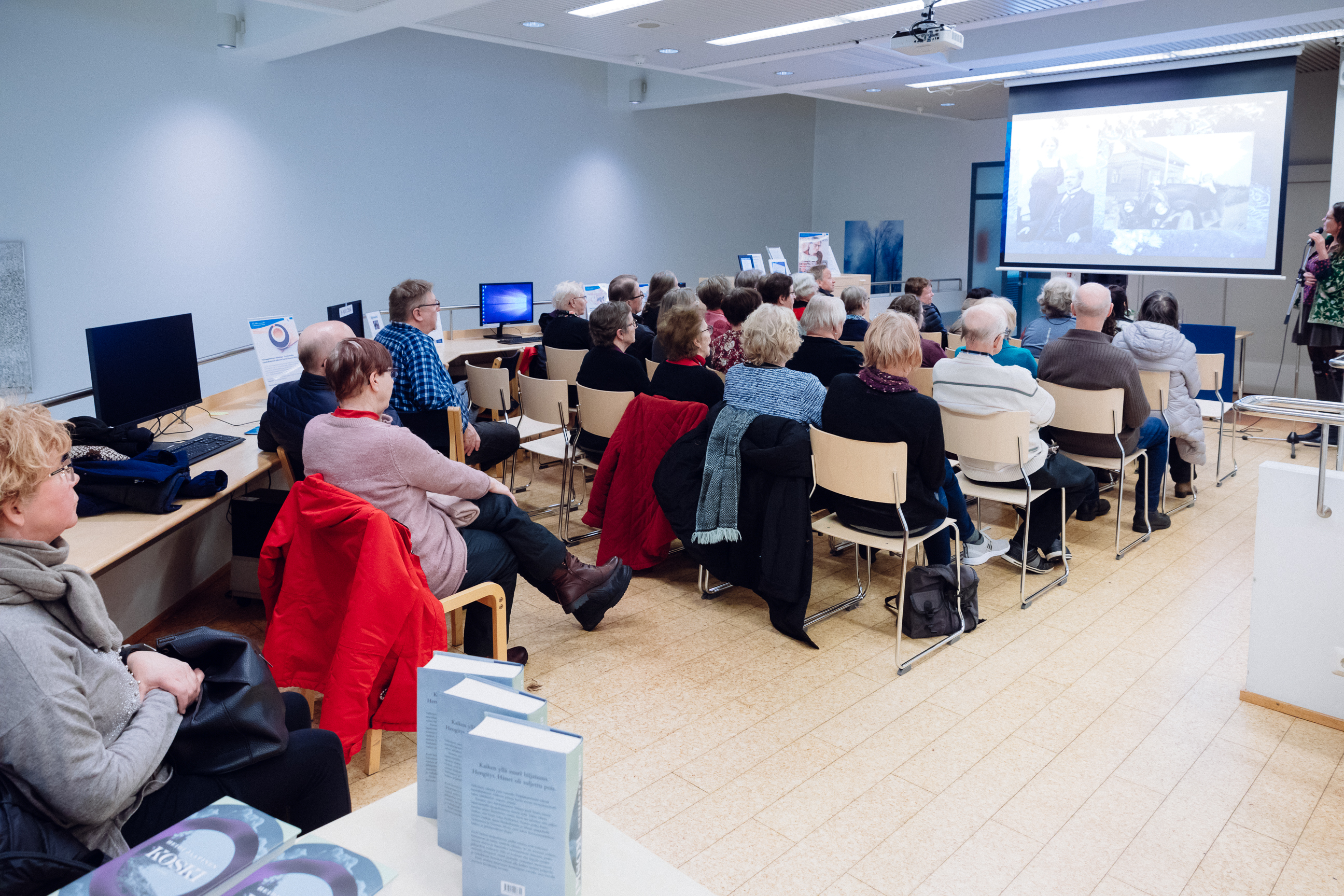 The audience of “Lainan päivä” 2019 listening to Heidi’s lecture

The evening was an exciting introduction to the local history of the early 1900’s in our region. Heidi opened the real historical background of the places and people of her book. She also gave a thorough description of research, which she made for her book. The most interesting part was that some of the members of the audience knew those people and places and could supplement the notes Heidi had made. She will use this knowledge when writing the sequel for her novel. The total number of the audience was over 30, so this was another successful “Lainan päivä” for us. Although a bit in advance.