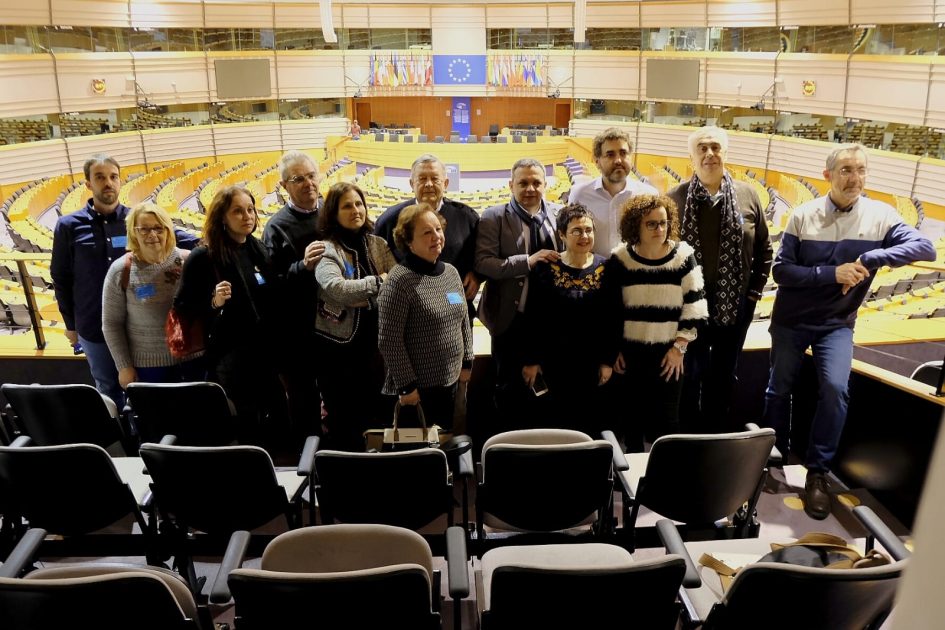 Last 16th December 2018, Municipal Public Library «Menéndez Pelayo» from Castropol went to Europe for the first time, in a 4 days visit, accompanied by representatives of the cultural and social institutions that cooperate in different projects with the library. They were invited through the office of Jonás Fernández, Member of Parliament from Asturias region, to know the heart of the European Union, as well as their library.

This library joined NAPLE Sister Libraries in March 2018 and is currently in a partnership with Prelog Municipal Library (Croatia). Cooperating with this library has lead to the invitation to know the European Parliament and the programs that different European institutions are developing in order to allow cultural growth of the State Members.

In our visit to the Parliament we were asked to talk about our sistership with Prelog and the NAPLE Sister Libraries program. They were very interested in the opportunities that arise for a small rural public library in a remote area as soon as they get a partnership with other European libraries and different ways of manage the library in today’s Europe.

In our trip we knew places like Brugge and Gent, as well as Brussels, historic places whose architecture and personality impressed us all. It was a very interesting experience, not only for the presonal experience but also  professionally: to see the possibilities of growth openned by the interchange and cooperation at a European level.

Europe and its Parliament will be seen and understood better from now on in Castropol, and we’ll keep on working from the library to get Europe closer to our citizens.