Šiauliai City Municipality Public Library (Lithuania) is going out into the city! 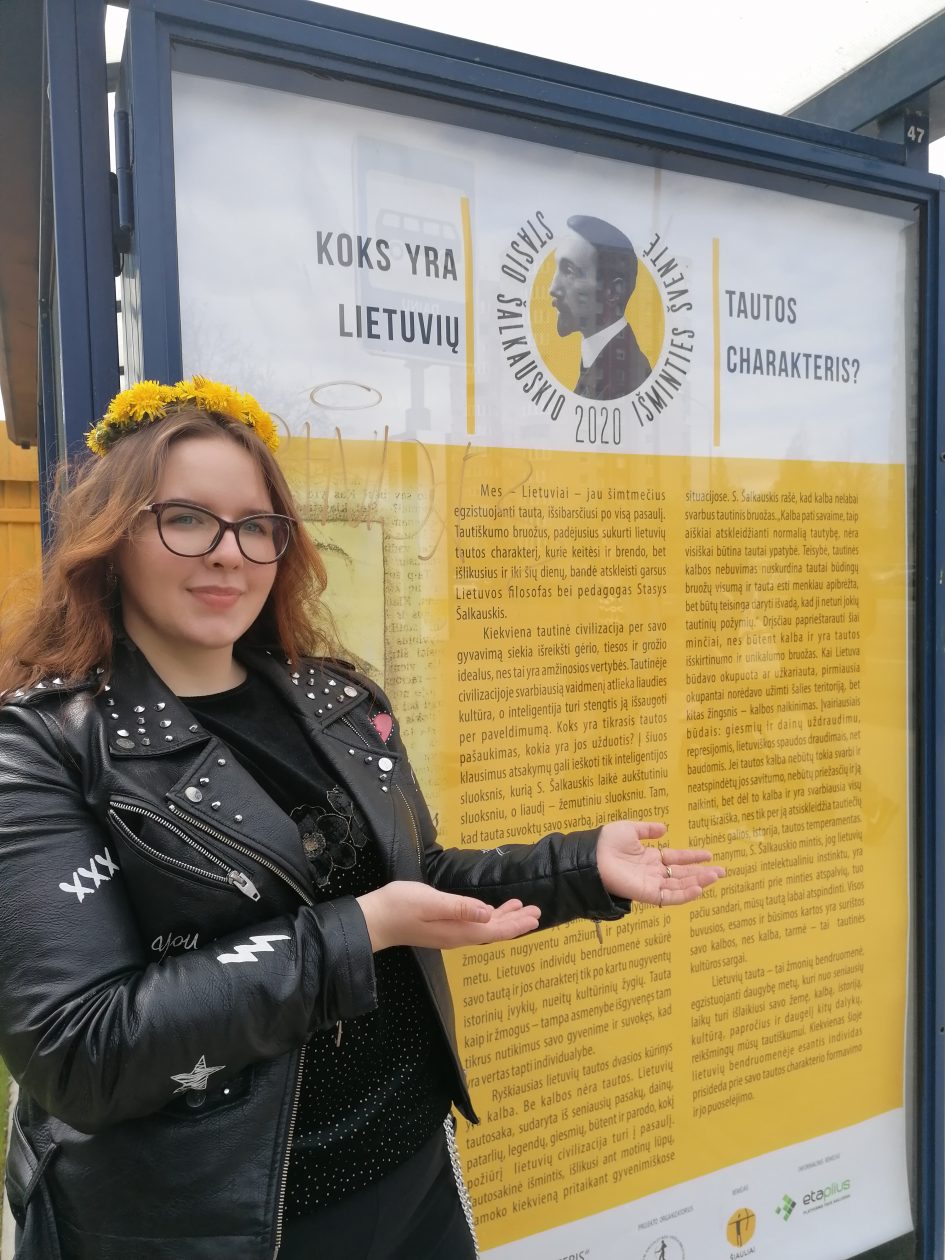 For many years, Šiauliai City Municipality has been initiating the “Feast of Wisdom” dedicated to the commemoration of the professor, philosopher and educator Stasys Šalkauskis. One of the ideas of this initiative is to invite Šiauliai city gymnasium students to remember the personality of S. Šalkauskis which is important for Šiauliai.

On this occasion Šiauliai City Municipality Public Library has decorated the city shuttle bus stops with creative essays designed to commemorate the 135th anniversary of S. Šalkauskis’ birth, to remember his philosophical thought and cherished ideas.

Already in 2020, the library invited students of Šiauliai city gymnasiums to participate in the essay competition “What is the character of the Lithuanian nation”. This topic was also close to S. Šalkauskis, who called for wise and critical love for one’s national individuality. The competition sought to increase interest in the ideas of S. Šalkauskis, one of the most prominent Lithuanian thinkers of the interwar period, their revival and relevance today, to promote students’ creativity, to develop the ability to write essays in a suggestive and interesting way, to develop the self-esteem of young creators.

The Commission selected the top 10 after evaluating the written submissions of all participants. “It was important for me to reveal the main features that shape the Lithuanian nation and their importance to our society,” – said Viktorija Daktariūnaitė, a 3d class student at Šiauliai Julius Janonis Gymnasium. “I am pleasantly surprised to see my work at the bus stop. The impression is as if my mind is now being read by every passer-by. And if it still makes you think, then I think the goal has been achieved. It is like heart to heart,” – rejoiced Austėja Barkauskaitė, a 3rd grade student of Šiauliai Romuva Gymnasium.

In order for as many residents of the city as possible to be able to notice and admire the creative works of the young creators, they will be exhibited at Šiauliai city shuttle bus stops until May 30.