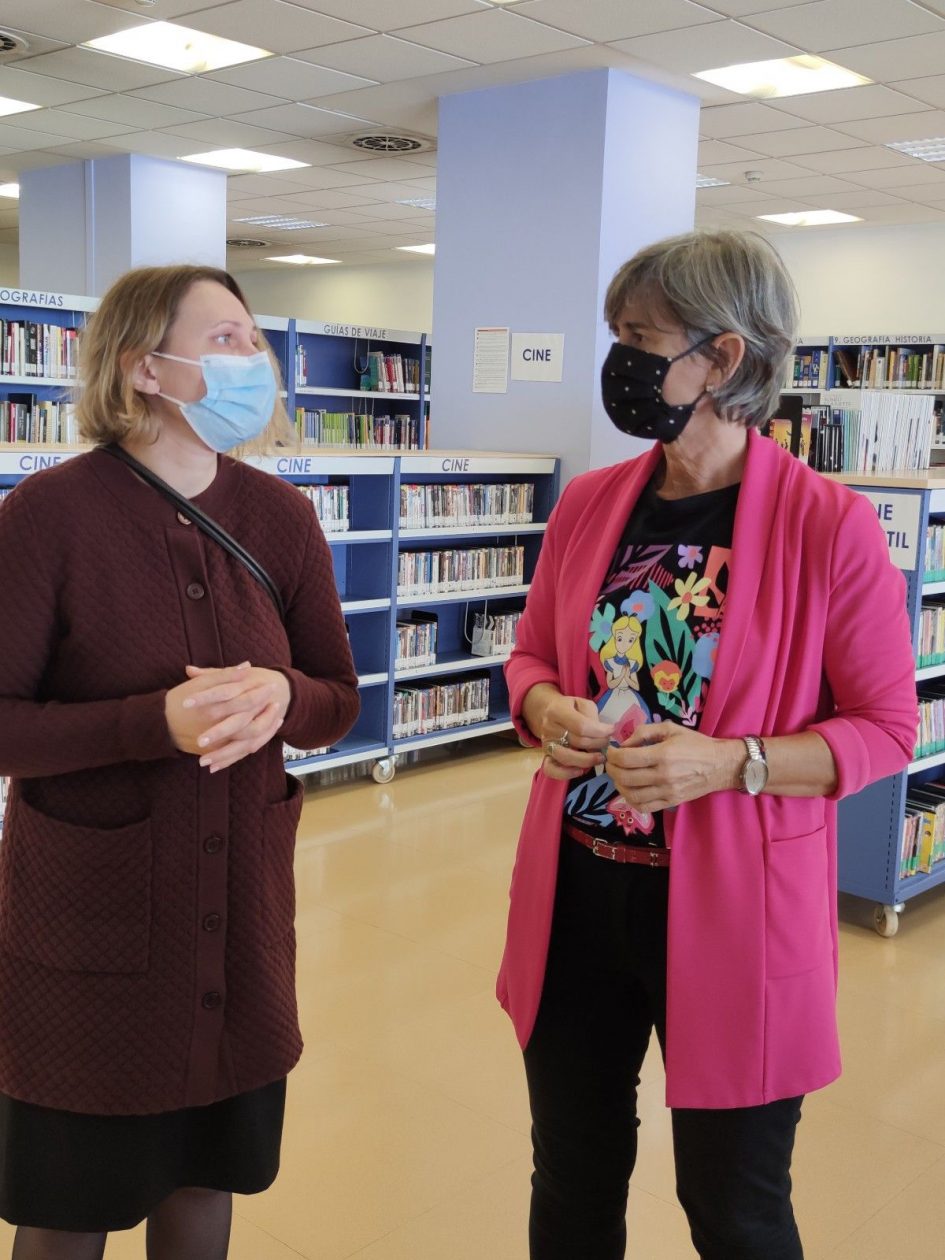 On the 21st – 23rd of October, 7 librarians of Panevėžys County Gabrielė Petkevičaitė-Bitė Public Library visited several public libraries of the Aragon region in Spain. This job shadowing visit was organized as a part of the Erasmus + project “International Qualifications for Innovative Library Ideas 3”, funded by the Education Exchange Support Foundation.

On the 22nd of October Jurgita Bugailiškienė, Director of Gabrielė Petkevičaitė-Bitė Public Library, and Virginija Švedienė, Coordinator of Adult Education Activities, met with Alicia Rey Lanaspa, a representative of Hueska Municpal Public Libraries. During this visit, two libraries were visited, and Lithuanian librarians got acquainted with the library spaces, programs and services.

Representatives of Lithuanian library brought an exhibition of photographs “Form‘s Dialogue = Connection” by Rūta Šulskytė, a volunteer of the Open Space for Youth in Panevėžys County Library.  Now the exhibition, that features employees, friends and volunteers, who worked with Rūta in the library on a daily basis and contributed to the vision of her photography exhibition, is on display at one of the Hueska Municipal Public Libraries.

Representatives of the Huesca Municipal Public Libraries promised to apply to the Huesca Art School with a proposal to exhibit an exhibition of works by the students of this school at the Gabrielė Petkevičaitė-Bitė Public Library.

A visit to the Huesca Public Library made it possible to understand the differences and similarities between the services provided by Lithuanian and Spanish public libraries. Lithuanian librarians were interested in the model of Huesca municipal libraries, were pleasantly surprised by the work of Huesca library in creating and organizing integrated lessons, creative initiatives attracting citizens of various ages to the library, and active activities of the book club.

The planned initiatives with the Huesca Library and other public libraries in the Aragon region in Spain are expected to increase the quality and accessibility of Panevėžys County Public Library and Aragon Region libraries to various target groups, encourage new groups to use library services, and help library communities in both countries learn more about Spanish and Lithuanian culture.