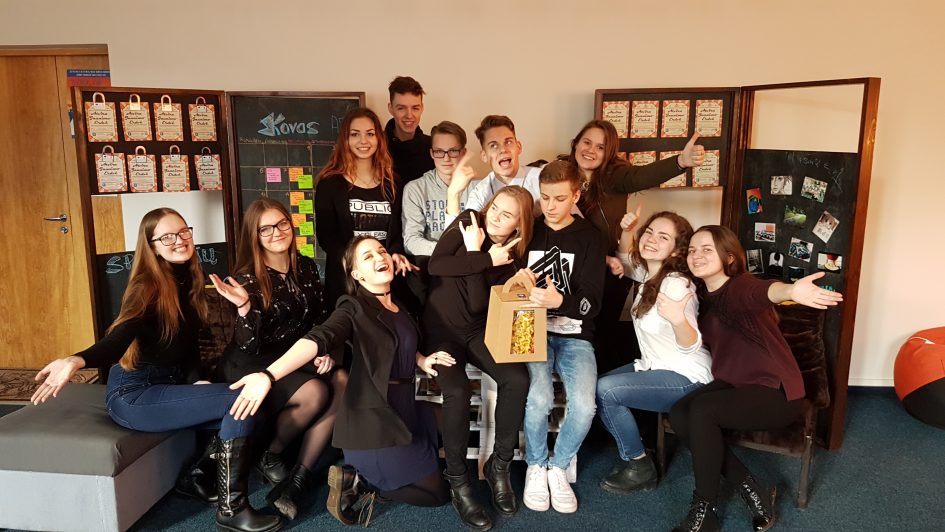 Open Space for Youth in Panevezys County Gabriele Petkevicaite-Bite Public Library is adapted for self-expression and various activities of young citizens aged from 14 to 29 years. This is a special space in the Library, where young people can implement their ideas, participate in events, educational programs, get to know their peers, contribute to various creative activities, organize events, learn, spend their leisure time hiding from rain or bad mood.

Open Space for Youth in the Library was established in 2012. In 2015 in cooperation with young citizens, its development was carried out and young people participated in the workshop «Create a dream furniture» renewing old things and making stylish ones from euro pallets. They created  the interior of the space themselves. Due to the results of this workshop young people could feel free and cosy like at home in their meeting point and they knew that there was a librarian who was always ready to talk and to listen to them.

With the help of librarian, working in Open Space for Youth, young people were encouraged to volunteer and due to this activity gained a variety of useful skills, strengthened their competences, became more familiar with the Library. Because of sharing their best volunteering practices, they made Open Space for Youth the most popular centre of volunteering in the city. 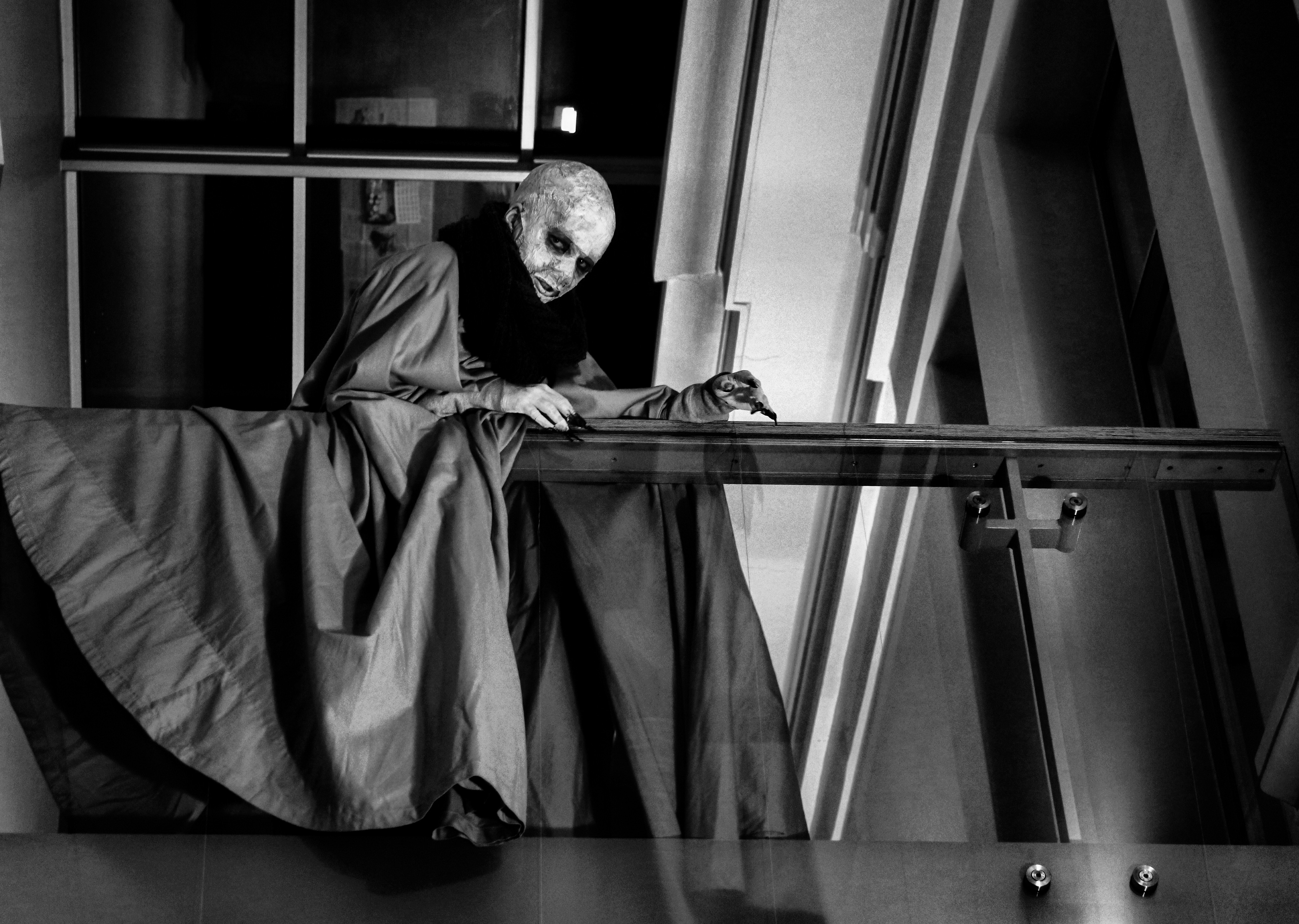 Open Space for Youth has become an important point from which young people make their contribution to the cultural life of the city by organizing various events or contributing to activities in the Library. Young people initiated organizing the annual «Harry Potter’s Night in the Library», during which the Library turns into magical Hogwarts, and all participants of the event are young wizards.

The event  becomes more and more popular and well known not only in Panevezys but also in other cities of Lithuania. Young people also organize a traditional competition in the Library, during which they break the traditional stereotype of librarian and come to a friendly acquaintance with the Library staff while performing various tasks, making selfies with librarians.

The repertoire of Library events is complemented each year by 70-120 events (discussions, debates, creative workshops, evenings of table games, anime clubs, etc.) and this is the initiatve of young citizens.  And most importantly, Open Space for Youth is the place of various discussions which start here at the most unexpected time. As a smart conversation requires reliable knowledge, this place inspires young people’s motivation for reading.  In January, 2019 at the request of young citizens the Youth Book Club is established in the Library. 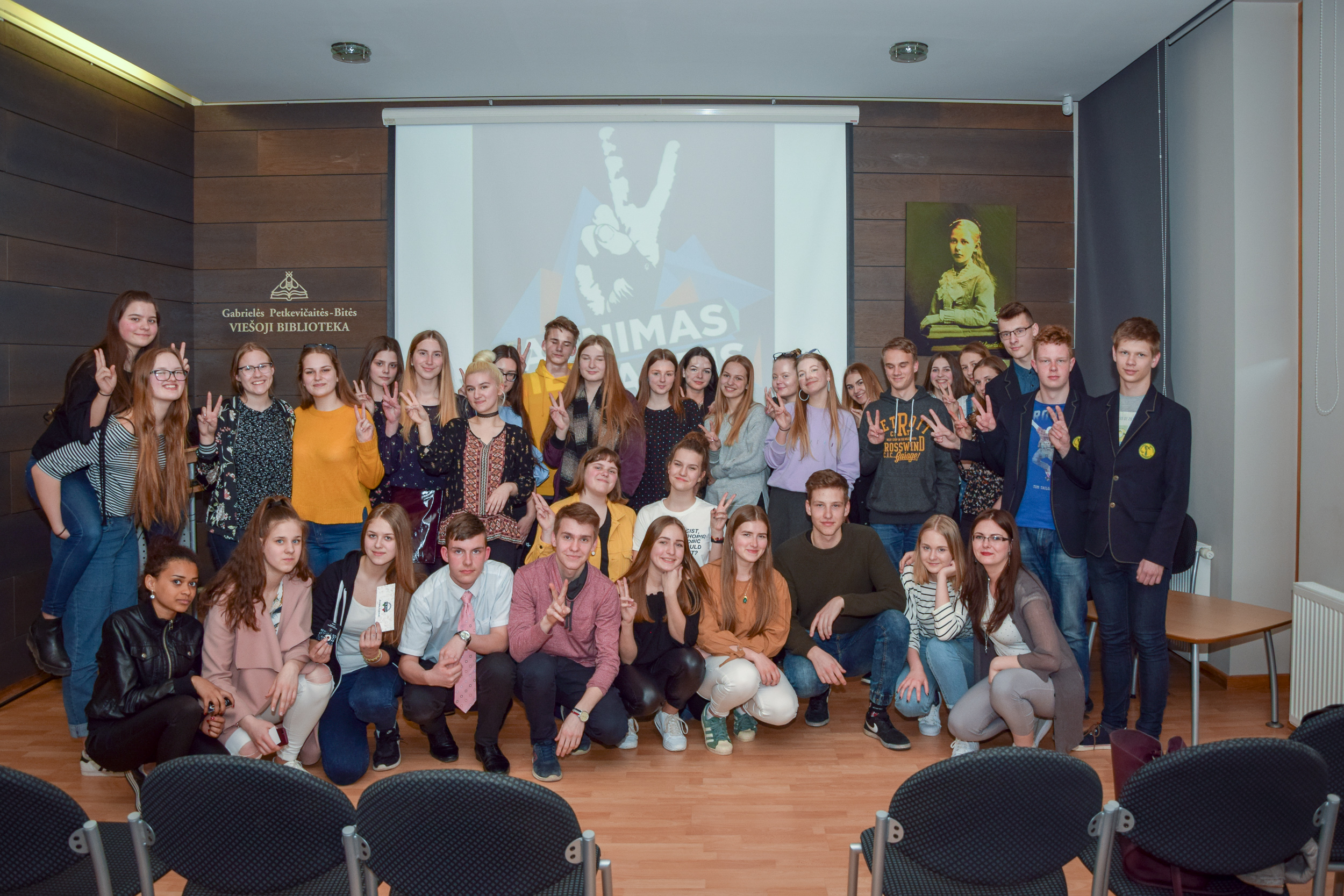