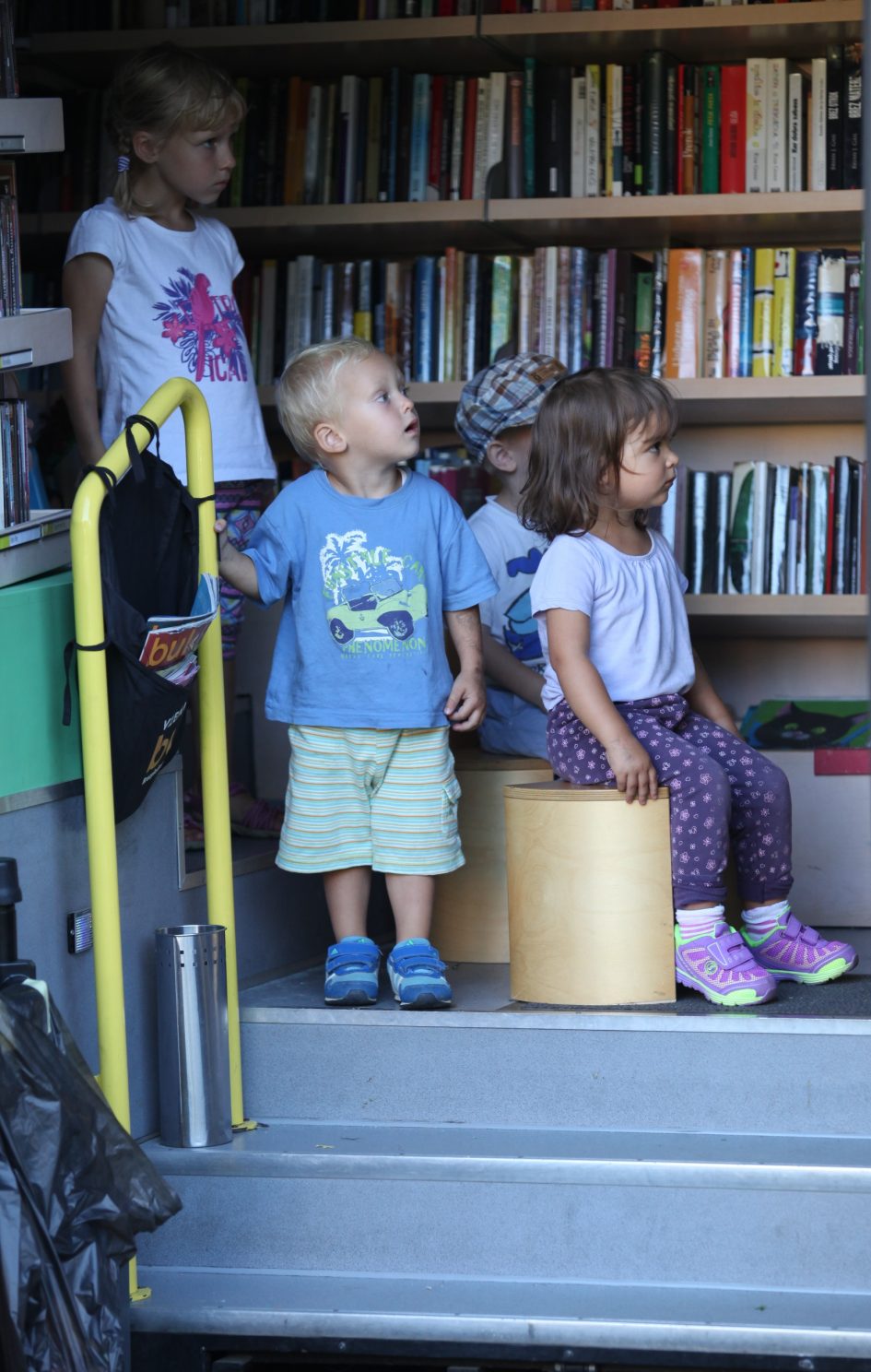 Mobile library is part of Ljubljana City Library (LCL) and has been successfully included in different LCL events and projects. In the last few years we have paid special attention to the youngest target group. We organize special events and projects for them, our goals are education, how to treat books, to promote reading and libraries.

In 2010 we started with new event Cinema bus that has become very popular outdoor event. In the last summer days (the end of August) we organize outdoor event for families “Cinema bus”. It lasts for two days and every year we set a theme according to other important events (for example: Eurobasket hosted in Slovenia in 2013, Emona – 2000 years of Roman mention of Slovenia’s capitol in 2014 …) and this is the red line of various workshops for children.

The main aim of this event is promotion of the library before the start of the new school year. This is also the way how we enrol new members.

This year (2015) was red line of our workshops Recycling-Repairing-Changing. We cooperate with City Museum of Ljubljana and prepared workshops of recycling water. There were also opportunity to change toys, books … Very popular was also hospital for books. It was a workshop where participants learned how to fix, glued and sewn book.

We are glad, that every year there is more and more participants on Cinema bus event. This year, there were also many tourists and children from all over Ljubljana. This is an example of good practice that can be established as a concept/model for mobile libraries. We are opened for cooperation and we want to exchange examples of good practices, especially those that attract a large number of young library users.