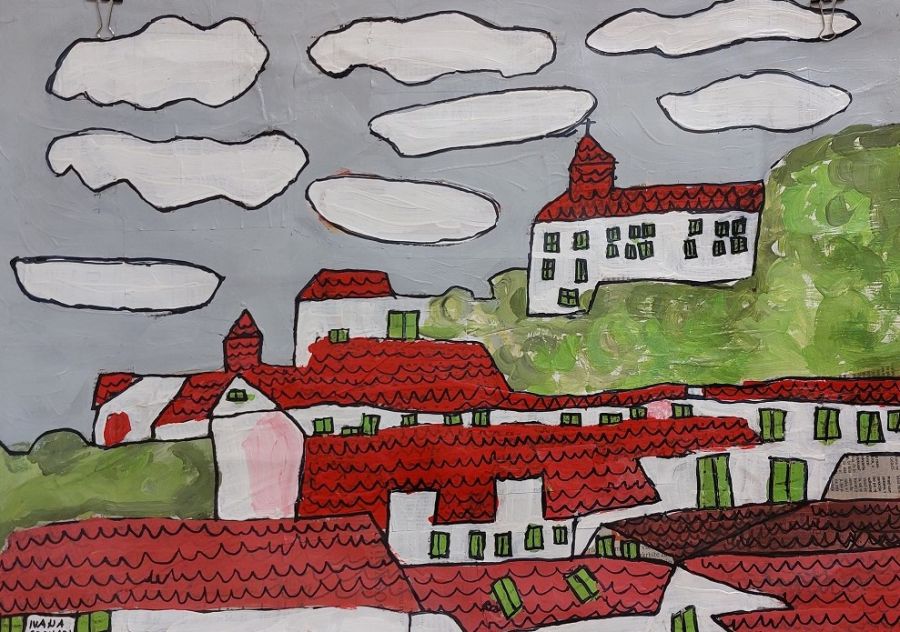 Lithuania’s Panevezys district municipality public library and Slovenia’s Škofja Loka Ivan Tavčar public library have been sisters for seven years. Once a year, usually in February, when both nations celebrate national holidays,  the two libraries exchange exhibitions, which are meant to introduce visitors with another nation and culture.

Photograph exhibition of Gintaras Lukoševičius: Above the grass, below the sky

In the district of Panevėžy, where the sister library is located, is the small town called Naujamiestis. It is known for its impressive “Art Gallery” where they nurture local customs and develop new traditions.

One of them  is  creating  a straw sculptures. The project called „Above the grass, below the sky“ has become traditional as  it has been there for 15 years. These straw sculptures join  together like-minded people for creativity and bring straw to new life. Themes of sculptures range from improvised fairy tales to musical instruments and the struggle to preserve trees.

When a cloudy and rainy autumn arrives, usually in November, the citizens organize a ritual called  ” The Secret of Fire”. Visitors, usually up to 3,000, gather for recitals, dancing and music. The highlight of the evening is the burning of straw sculptures, which symbolizes the ephemerality of everything on earth.

The straw sculptures and the event was photographed by Gintaras Lukoševičius.

Situated under the green foothills not far from the Julian Alps, at the entrance to two valleys, and only half an hour’s drive of the  capital city Ljubljana is Škofja Loka, a picturesque old town. The old city core boasts numerous points of interest from the past, and the Loka castle, built before 1202, reigns above the city.

To paint the old city center was a special challenge for the children of the Škofja Loka primary school. Under the mentorship of Milojka Bozovičar Gantar and Vida Kejžar they accomplished the task more than excellently. The combined art technique of collage, brush pen and tempera is perfectly used to show the compact city center, varied houses with red roofs and interesting details. The children delicately painted the place as they see and feel it.