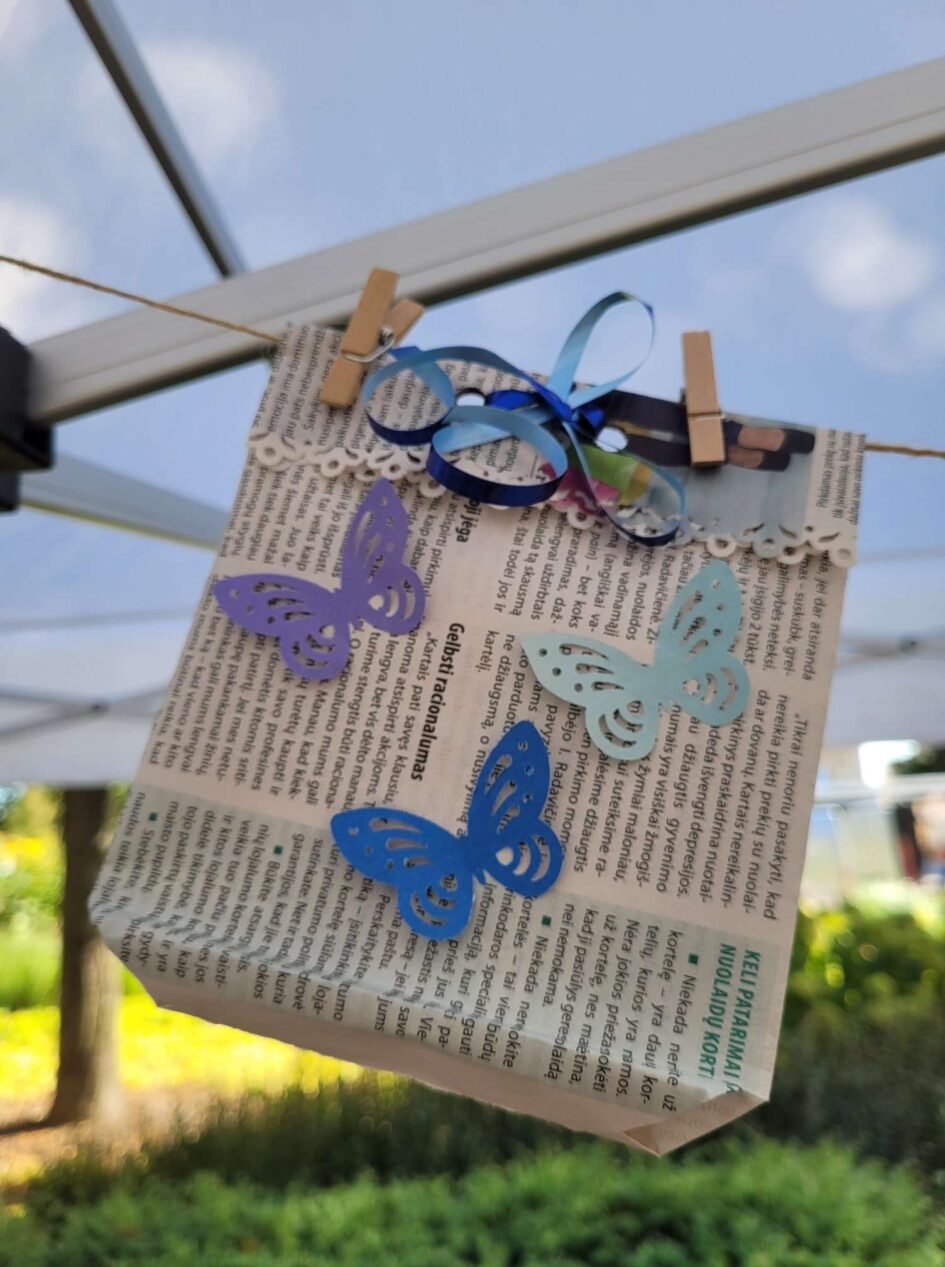 On September 9-11, the city of Panevėžys celebrated its 519th birthday. On September 10, Saturday, the Elena Mezginaitė public library also participated in the city’s birthday celebration. The library staff communicated with the participants of the celebration and presented their activities in several places in the city.

The library joined this theme and invited everyone to celebrate their birthday at the table of literary feasts: residents of Panevėžys and guests of the city could visit the exhibition «At the table with a writer». Everyone who completed the task received a gift: an original steak «Čičinskas“ recipe in literary books. There were many interesting people: after all, it’s interesting which books and recipes for which dishes are hidden! Hot, deliciously fragrant tea with wisdom quotes was waiting for the visitors.

The library staff was invited to play the game «Tic-tac Toes» with cups and plates. Most of the participants of the birthday party wanted to try the game.

Our library offered the visitors of the festival to participate in activities: make a colorful bookmark on the stick and a gift bag from no longer used newspapers or magazines.

The library team participated in the city’s festive procession together with other teams of city institutions, companies, and organizations. Songs based on the lines of the poet Elena Mezginaitė played as we walked. The library artist created „creatures“ that traveled together.

The library team is happy when they can communicate with the residents of Panevėžys and city guests not only in the library but also in the city spaces.