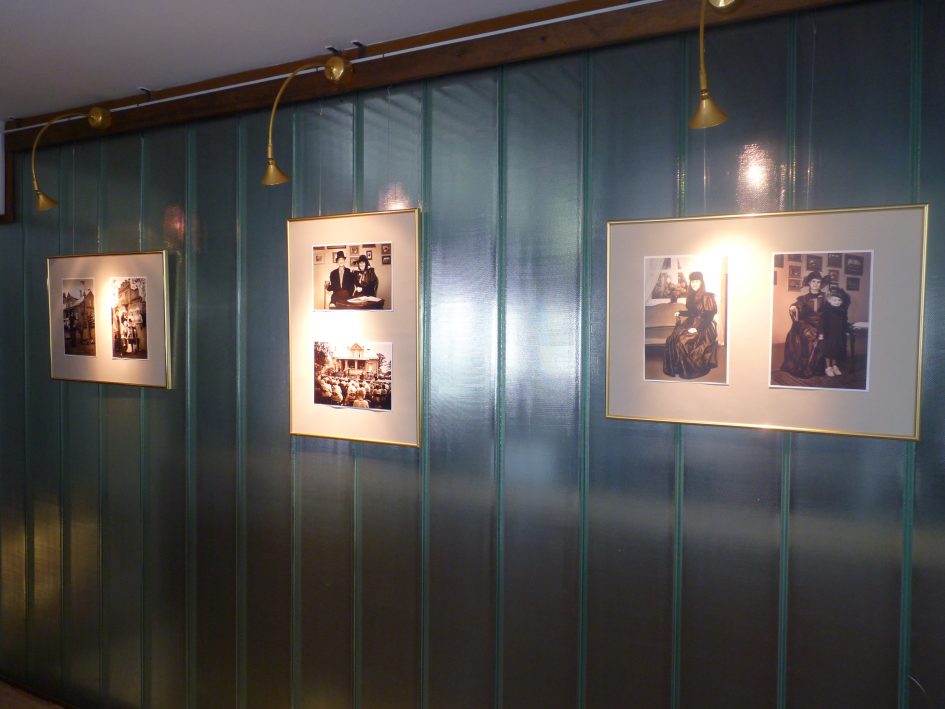 The pictures were captured in Puziniškis manor museum, which was established and being maintained by Panevėžys District Municipality Public Library. Annually library  organizes “Nights of Museum” events in Puziniškis manor. Moments from the event can be seen from photos where participants, musicians, artisans, library staff members and guests were captured. Library staff welcomed guests wearing retro style clothes. Three exhibitions were installed in Public library of Panevezys:

The first was exhibition of our colleague Snežna Taler. She presented  calligraphic scripts,  excerpts from Škofja Loka Passion Play. The art of illumination is accompanied by the exalted and rich text. Škofja Loka is the birthplace of the Škofja Loka Passion Play  the oldest play in Slovene language. It was written on the basis of an older tradition in 1721 by Father Romuald, a Capuchin monk who lived for a period in the Škofja Loka Capuchin monastery in the town of Škofja Loka. The play was originally staged on Good Friday each year until 1751.  After almost three hundred years, it was presented again in 1936, and revived in 1999, 2000, 2009 and 2015. 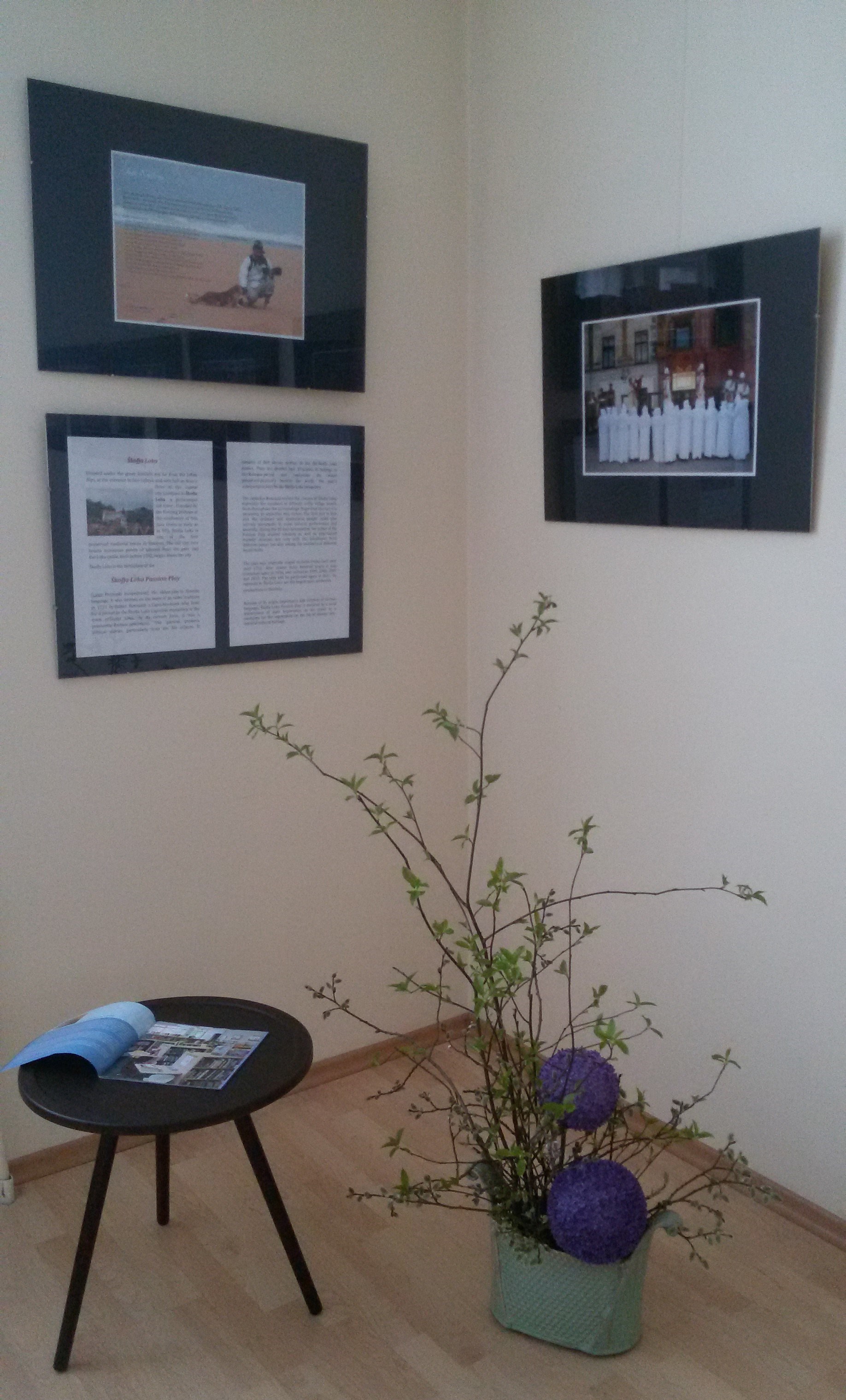 Photos were taken during the summertime activities for children. The program of this photo-workshop was to learn how to handle a camera, how to be a photographer and a model as well. Children were taking role to participate and comunicate, and to involve the book cover into a photo.

Also during the show, a group of representatives of the Slovenian public libraries visited the library  international conference in Lithuania, and also the library in the city Panevežys and saw the exhibitions.

The first contact and exchange is now completed and both sides are already thinking about further cooperation.